Demetria McKinney Has Trust Issues On ‘Trade It All’ 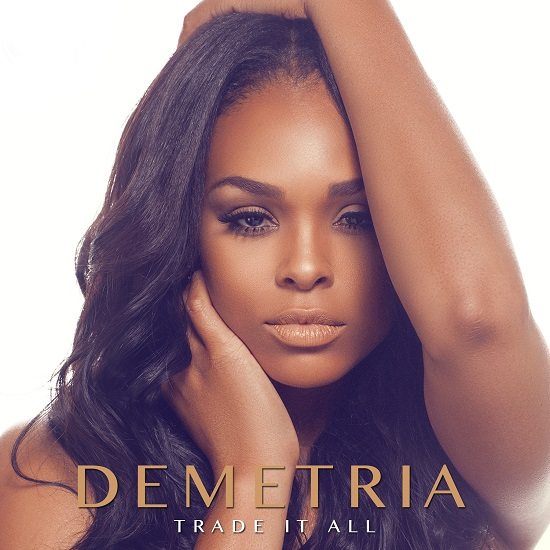 The last time we heard from Demetria McKinney, she was encouraging her boo to keep it "100" with some help from Da Brat. Now that a few months have passed, we get to hear how the next phase of their relationship is progressing on the cut "Trade It All."

Her beau has been upgraded to bae status, but Demetria still has questions and wants to make sure that she's making the right moves. Sure, her man has got it going on til the break of dawn, but is he really keeping it 100 with her? McKinney pours her heart out on the chorus, singing, "If I trade it all for love / What you've given this far ain't enough / If I trade it all for love / Gonna give it to someone that I can trust." There are clearly some trust issues at play here, and she's a woman at a crossroads.

This song could be seen as art imitating life (or her life inspiring her art), with the new Real Housewives of Atlanta star going through some of these very same problems with her long-time undercover lover, film and television executive Roger Bobb, on Bravo's hit reality show. Now that the couple is public and she's ready to take things to the next level, side pieces and other shenanigans are coming to light and making the budding singer look crazy in these streets for sticking around.

The final lyric of the song is very telling when she sings, "Baby, please don't walk away / Keep on playing games with my heart." With time and feelings invested, she doesn't want to leave nor to let him go. It's a sad state of affairs, but one that hits home for many. "Trade It All" just may be the realest song to come from a reality star yet.