Ibeyi’s ‘Ghost’ Will Haunt You 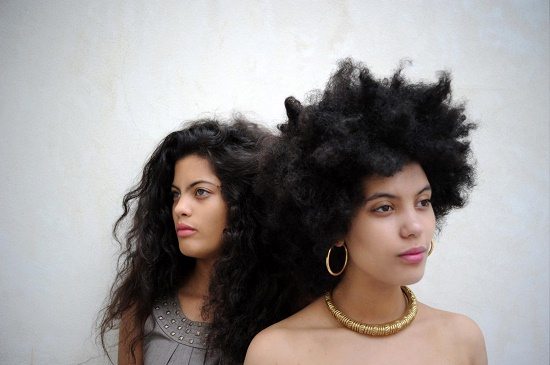 A few months ago, the beautiful and harmonic voices of twin sisters Lisa-Kaindé Diaz and Naomi Diaz of the talented duo Ibeyi captivated my heart when I heard "River," which is a song with a thumping electro-hop beat that distinctly invokes spirituals spanning across the African Diaspora. Ibeyi, which is Yoruba for "twins," makes intricate music that is deeply rooted in blues, jazz and Afro-Cuban rhythms with a dash of hip-hop and electronica.

2015 will be a big year for Ibeyi as they prepare for the release of their debut album that is due in the spring. If their album is anything like their EP Oya, the 20-year-old musicians will surely deliver an intimate musical experience. Their first single from the album is "Ghost," which premiered on Zane Lowe's radio show on BBC. The song follows a similar structure to their other songs, mixing soulful lyrics in English with spiritual Yoruba chants toward the end. Lisa-Kaindé sings about the dawn of a hopeful love in a sweet and melodic tone as she plays on the piano. Her sister Naomi sings in the background as she keeps the song's steady heartbeat on the cajón along with a few hand claps sprinkled throughout. The best part of the song is during the last minute when the twins sing in Yoruba. And while I do not speak the language, hearing Ibeyi sing passionately in Yoruba is spiritual and certainly shows that they are indeed daughters of the diaspora.

Listen to "Ghosts" below, and if you're as enthralled by the twins like I am, you may have a chance to catch their show in person during their North American tour, which kicks off in March.