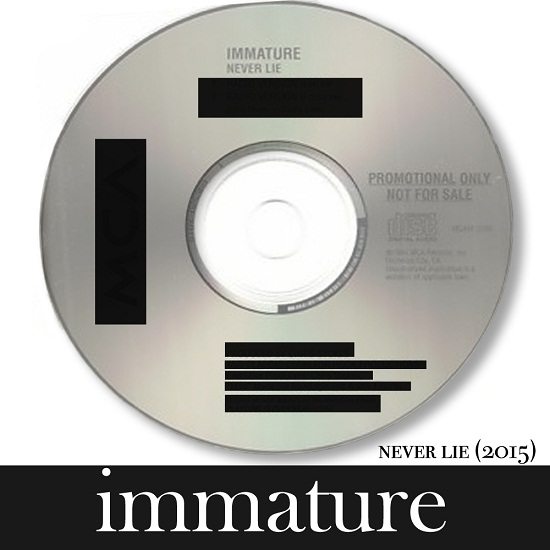 In case you weren't aware, Immature is staging a for sure comeback. They've released three singles, "Can't Wait," "Own It" and "Let Me Find Out," to prepare us for their forthcoming reunion album, Forever. But along with giving us that new new, they're also bringing us some of their classic material, as well.

The fellas give their fans a thrill with a remake, or rather a rework, of their 1994 slow jam "Never Lie." The original found the boys of Immature barely pubescent as they sang the saccharine sweet lyrics that found their way into tween girls' hearts. This time around, with each member now a robust 30-something, those childish voices have matured into fuller, deeper ones, but the sentiment of the song remains the same. After a weird backwards spin of the original, we're treated to a spoken word intro before Marques Houston, accompanied by acoustic guitar, offers up a mellow lead vocal that is thankfully much less nasal than the original.

While this will definitely be a welcome flashback for all those girls who swooned over Romeo, Batman and LDB, grown men singing "You will always be my friend" when they really mean "girlfriend" (or at least "significant other") can't help but to sound just a bit cheesy. But for those who want to ride the nostalgia train, you can pick up "Never Lie 2015" from iTunes right now, after you take a listen to the update right here, of course.