Kristinia DeBarge Gets A Grip On ‘Hol On Boy’ 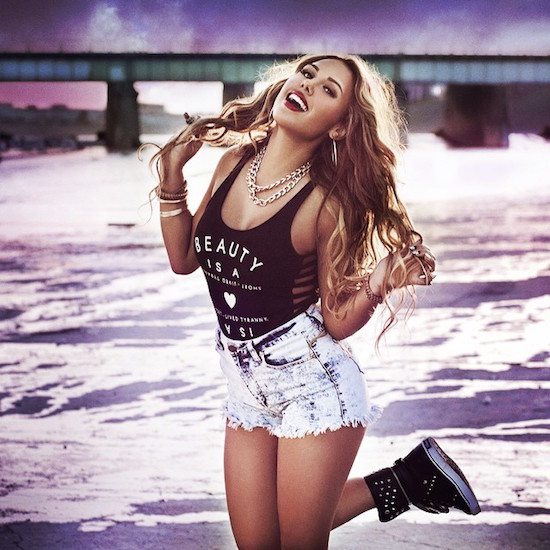 Kristinia DeBarge has been out of the limelight for a hot minute — so long it seemed those 60 seconds almost went nova. But the young member of the famous DeBarge clan has been letting her skills simmer before they finally boiled over into the heat that is “Hol On Boy.”

A steamier and edgier cut than 2009’s bubble gum hit “Goodbye,” “Hol On Boy” steps firmly into hip-hop and R&B terrain, and comes with its own Parental Advisory Explicit Content warning. But this isn’t one of those “good girl goes bad by cursing and showing some T&A to prove I’m a grown-up” joints — it actually possesses some believable confidence, vocal growth and a beat could give efforts from the likes of Tinashe a run for their money.

“Don’t make me,” she sings angelically, before earning the Parental Advisory sticker by aggressively cutting in with the “Have to remind you who the f--- (insert conveniently placed fade) pays these bills.” Though as adult as keeping the lights and cell phone powered may be, Kristina brings things at a level the youngins can understand, flexing more vocal muscle while delivering the line “You’ve got me / Confused with another one of those T.H.O.T.s.”

The taut synths and finger snaps of the Adonis Shropshire-produced “Hol On Boy” are slated for DeBarge’s third album, which as of now appears to be awaiting an exact release date as well as a title.