LeToya Luckett Attempts To Bring Us ‘Together’ Through Song 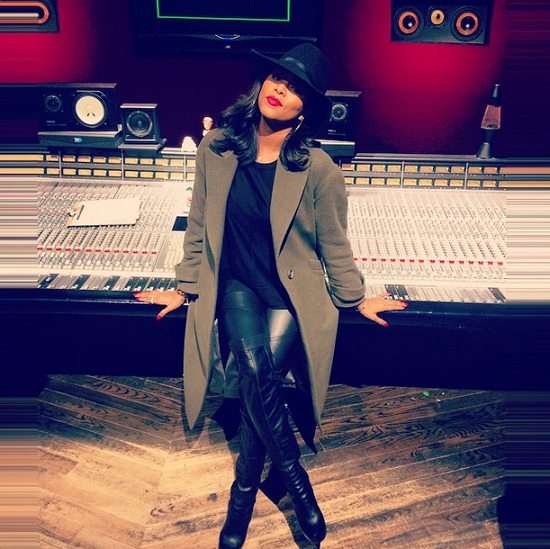 From Boko Haram's continued menacing in Nigeria to the recent attack in Paris and the rash of Black deaths at the hands of police here, recent events have taught us that the world is in need of a bit of peace right now. It's definitely something that LeToya Luckett knows to be true and she's using her music to speak out.

The former Destiny's Child member, who recently released the new single "I'm Ready," has dropped another new song called "Together" to speak on the state of the world. The track is a bombastic pop number led by somber piano, booming drums and soaring synths. "If we don't become one / We'll lose the war / If we're on the same team / What are we fighting for?" she sings on the chorus before letting us know that we've got to come together to find peace.

While the sentiment is a rather general one, it's still one that bears repeating. And to show that she's not just doing lip service, she's asking fans to visit RallySong.com to donate a least $1 to The Caliber Foundation, which helps victims of illegal gun violence and their families. Those that donate will get a download of the song when the campaign ends.

Take a listen to "Together" now, be sure to contribute to the RallySong campaign to get the song, and, most importantly, help make a difference in the lives of those affected by gun violence.


TAGS:  audio, letoya luckett"
Previous: We Don’t Mind Indulging In Mocky’s ‘Sweet Things’ Next: Rahsaan Patterson Shows Us What Could’ve Been With ‘Let It Be Me’