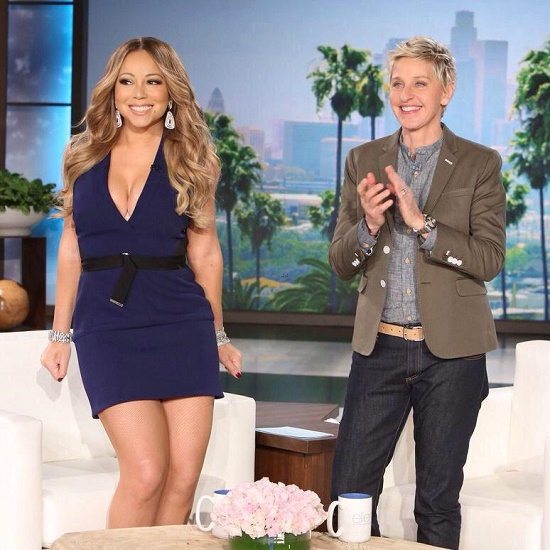 2014 wasn't the kindest to Mariah Carey. After her album, Me. I Am Mariah... The Elusive Chanteuse, was received with less than open arms, the public discovered that her love affair and marriage with Nick Cannon was coming to an end and her tour in support of the album (and several live performances) were plagued by vocal issues. With the tumultuous year behind her, it looks like our girl Mimi is looking to move forward and has announced her latest power move.

Starting May 6th, Mariah will begin a residency in Las Vegas at The Colosseum at Caesar's Palace. Calling it Mariah Carey #1's, like her hits collection of the same name, it will find the songstress performing all of her #1 hits (18 so far) as well as rarely performed album tracks and a few surprises for her fans. While this mere announcement is enough to send a lamb into a fit of squeals, the diva announced even more. In addition to the residency, Mariah will be re-releasing an updated version of #1's that will include new music.

To celebrate the momentous announcement, Mariah appeared on The Ellen DeGeneres Show to chat with the host about the residency. She also took the time to dress up as a maid (it is Mariah, after all) and surprise a few of her fans by telling them about the show and giving away tickets. Speaking of tickets, you can pick up your tickets for the first 18 dates of the show right now via Mariah's site and see Mimi make the announcement in the video below.