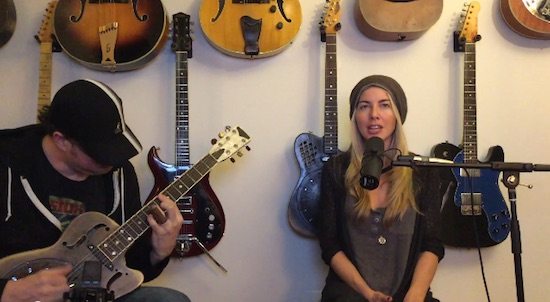 It takes a lot of confidence to cover an artist's song. Taking on an artist's entire critically-acclaimed album? Your confidence must be through the roof. Such is the case for Bounce-Worthy alumna Morgan James who recently decided to tackle D'Angelo's Black Messiah album in its entirety. Backed simply by an acoustic guitar, James recreates the album from start to finish.

Though she's proven herself fully capable to cover artists like Sam Smith, Prince and Mariah Carey, I admittedly had reservations about her tackling what was easily my favorite release of 2014. I was pleasantly surprised to realize that my fears were unfounded. Songs such as "It Ain't That Easy" and "Really Love" sound almost as good as D'Angelo's originals when sung in James' saccharine sweet tone. However, it's that same tone that works against her when reworking Black Messiah's more grittier tunes. While she makes the lyrics of "1000 Deaths" more decipherable, the politically-charged lyrics lose some of their punch along the way.

Overall, James' effort is enjoyable, while also showcasing her powerful voice. If nothing else, it certainly made me yearn to hear the man himself perform an acoustic set of Black Messiah.