Ne-Yo’s ‘Non-Fiction’ Sticks To His Formula 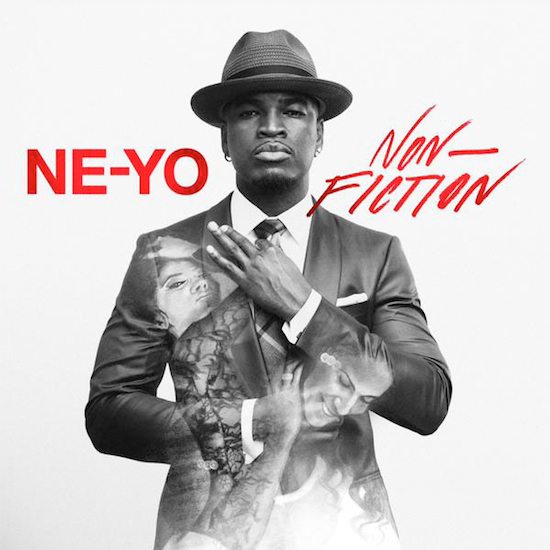 Ne-Yo’s sixth studio album, Non-Fiction, finds him occupying a lynchpin position for R&B music of a certain kind. He's a prolific writer for others, be it for notably strong women like Rihanna and Beyoncé or dance pop overlord David Guetta, yet also well able to churn out hit record after hit record for himself. In the ever-shifting sands of the soul landscape he is elevated to the lofty heights of Senior Vice President of Motown Records, while newer kids on the block bring a fresh twist to the soulscape as we know it. Miguel, The Weeknd and others now occupy the Young Turk role that Ne-Yo himself once handled with such aplomb. So where does this leave the hitmaker who finds himself a firm part of the musical establishment?

In truth, though Non-Fiction opens with aspirations to be a concept album (much like Jazmine Sullivan's recent release, Reality Show), it is actually more of what has served him so well over the years. The album features well-structured, tuneful soul-pop with occasional forays into other genres, marked by a winning ear for tunes that linger in the memory and a polished, smooth sound that curries favor the world over. In short, it should appeal to music lovers of a certain persuasion. Above all else, though, this is the sound of a man who knows his demographic and doesn’t stray too far from it. That a couple of tunes push the envelope a little, and do so successfully, hint at a time when that demographic may be neglected for more diversity, but for now Ne-Yo is happy to stick to the blueprint that has served him so well.

The album starts on a rather low key fashion with gently throbbing percussion and synth drenched finery of "Everybody Loves," before "Run" pops with ScHoolboy Q bringing his delightfully slovenly flow to proceedings, working well with the atmospheric back drop Ne-Yo has conjured in a Weeknd style. "Integrity"’s late night sidling takes the form of a mid-tempo shuffler, before Charisse Mills’ vocals steal the show and then T.I. pops up on the '90s R&B girl group sound of "One More."

Ne-Yo's balladeering is smooth and effortless and his come-hither, bedroom-baiting shenanigans flutter their eyelashes in all the right places. Whether it’s the lascivious lunacy of "Good Morning" or the Michael Jackson-like "Take You There" with its breathy, delicate stylings, the delivery is utterly convincing. His dedication to loving the fairer sex is in no doubt, so if bedroom gymnastics and the smooth soulful pursuit thereof ain’t your thing, then best you give this a miss.

That stumble notwithstanding, Non-Fiction is a triumph of pop sensibilities and smoothly produced, ear-grabbing tunes. Lyrically it is a tad one-note, but then you know what you’re getting with a Ne-Yo album, in all its lothario loquaciousness.