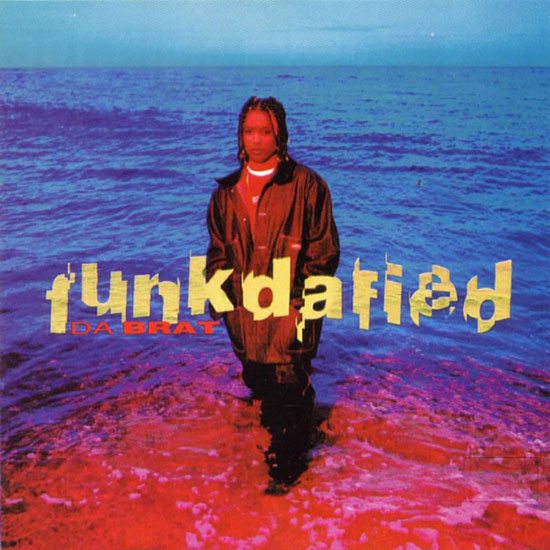 Brandishing her signature plats, nose ring and baggy clothes, Da Brat took 1994 by storm when she came on our stereos screaming "Brat-tat-tat-tat!" Not only did she counter the oversexualized image of female rappers, but she put the "F" in Funk and ushered in a new generation of femcees. Now don't get us wrong, the late '80s and '90s had its fair share of trailblazing female rappers such as MC Lyte, Salt-N-Pepa, Yo-Yo and more. Da Brat sauntered in at the perfect time and brought her own original spice to the mix even though she was fashioned as the female Snoop Dogg. Rapping with the same effortless swag as Snoop, she still had a contagious rhyme you couldn't help but sway along to and her material was fun not only to listen to but memorize. Once she joined the So So Def crew, her career was destined for greatness.

After winning the grand prize in a rap contest sponsored by Yo! MTV Raps, Da Brat also won the chance to meet Kris Kross, who then introduced her to their manager Jermaine Dupri. Responsible for the success of the duo and the R&B group Xscape, Dupri needed a solo artist to add to his hit-making posse. He not only struck gold but platinum when he signed Chicago native Shawntae Harris to his team. Besides being a spoiled only child (although she shares a father with actress LisaRaye, her half-sister), her brash delivery and infectious voice earned Da Brat her stage name. The same talents, while only a teenager, also earned Brat platinum with her debut album Funkdafied. The album begins with a promise to bring "funk, the whole funk and nothing but the funk" followed by a nursery rhyme-esque chorus that ensured you'd listen to the entire album.

There's a formula for new artists, especially emcees: repeat your name to your listeners, make sure they know how to spell it and let them know you just may be a gangster. On Funkdafied, Brat coined and repeated the catchphrase "Brat-tat-tat-tat," took a few papers from Snoop's stash to let us know how much she smoked and that she would hit a b***h or two. On her debut album, Brat leaned heavily on Snoop's style, braids and all, so much so we almost forgot she was from Chicago. Dupri even supported her Snoop envy by producing West Coast and G-funk inspired beats. The tracks that received the heaviest Dr. Dre and Snoop samples and treatment were "Fire It Up," "Funkdafied" and "Come and Get Some." Despite the obvious homage, Brat's debut single and album namesake reached No. 2 on the R&B charts and spent three months on top of the Rap Singles chart.

The rest of the album still boasted West Coast-sounding material, but Dupri's production was still slick and supported Brat's effortless and fun bravado. While we knew she was fun and energetic, Brat also had to prove she wasn't a punk. She puffed her chest the most on "Da S**t Ya Can't F**k Wit," "Fire It Up" and "Give It 2 You," which charted at No. 26 on the Hot 100, where she confidently threatened she'd give it to you if you didn't step back. We later found out she wasn't bluffing with a few assault charges under her belt a few years after her debut.

Brat sold one million copies of Funkdafied, which reached No. 1 on the Rap Singles chart and No. 6 on the Billboard Hot 100 and made her the first female solo rapper to have a platinum-selling album. She followed in the footsteps of legends Salt-N-Pepa by becoming the second overall female rap act (solo or group) to accomplish this feat. After her 1994 success, Brat released her sophomore album Anuthatantrum in 1996 and stayed on the R&B Top Five. She later became the go-to femcee for remixes, appearing on tracks for artists like Mariah Carey, Destiny's Child and Lil' Kim, for example. 1997 was a pivotal year for Brat. She appeared with Dupri on a remix of Mariah's "Honey (So So Def mix)" and later recorded the still-hot remix of "Ladies' Night (Not Tonight)" with Lil' Kim, Left Eye, Angie Martinez and Missy Elliott. She even had some screen time in movies like Kazaam and Glitter with her homie Mariah.

Rapping with fluidity, you can still coast on Brat's every word no matter how fast or slow she rhymes. While her legal issues involving pistol-whipping and aggravated assault slowed her down, she still went on to release Unrestricted in 2000 and Limelite, Luv & Niteclubz in 2003, with a much sexier image but the same effortless flow. Brat has yet to surpass the success she saw in the '90s now, but she's made a name for herself and built a stage for female rappers across the world to have fun, say whatever they want and be a "brat" all at the same time.