SoulBounce’s Class Of 1994: Jamiroquai ‘The Return Of The Space Cowboy’ 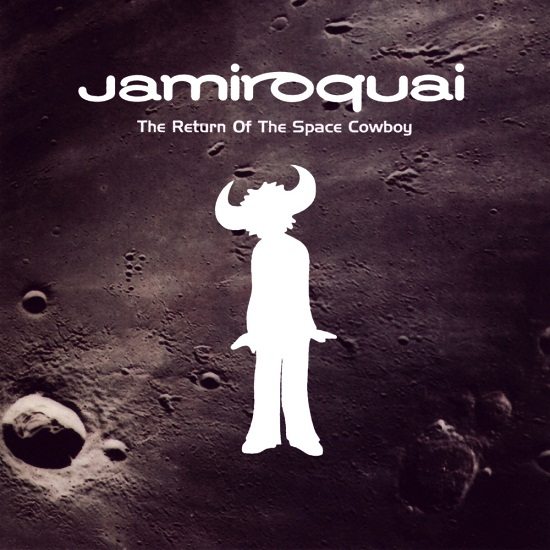 After they dropped their debut album, Emergency On Planet Earth, in 1993, Jay Kay and the guys of Jamiroquai we're riding high off their acid jazz vibes in their native UK and making a splash in several foreign territories as well. Everywhere, that is, except the United States. Though the album had wall to wall jams, it just didn't spark a fire with the American public. With the release of the group's second album, The Return of the Space Cowboy, they hoped to change that fortune. The album, released in October of 1994 in the UK and May 1995 in the States, was more of the acid jazz goodness they served up on Emergency, but with a extra dose of funky good times for good measure.

Though the funky, hyperactive "The Kids," which dealt with the social status of children and the impatience of youth, was technically the first single released from the set (it was a Japan-only release), the world got to know The Return of the Space Cowboy through title track and lead single "Space Cowboy." The song was a not so subtle ode to that sticky icky and the trips it took them on. But the album was more than just high times. Refining their mix of jazz, soul, funk and R&B, Jamiroquai delved deeper into the sweet spot they found on Emergency and expanded upon it, touching on topics both frivolous and serious with equal weight and in ways that only they could.

To be sure, the album had all angles covered. A good portion of the songs were sensitive, introspective tracks that found Jay Kay ruminating on the uncertainty of life ("Stillness in Time"), the pain of love lost ("Half The Man"), internal struggles with self ("Light Years"), the story of a wayward young man ("Just Another Story") and the ills of Western colonization ("Manifest Destiny"). And then there were just straight up feel good jams ("Mr. Moon"), funky instrumentals ("Journey to Arnhemland") and even a protest song ("Scam"). What tied all these tracks and themes into one cohesive whole, though, was the band's unbelievable musical chemistry. Bass lines never wavered, harmonies and melodies were tight and the band expanded and contracted without a beat being missed. This allowed for Jay Kay's soulful vocal to do his thing, from a kind of sing/rap hybrid to a tenor croon and falsetto wails.

This was perhaps most evident on the album's climax. Outside of "Space Cowboy," perhaps what the album will be remembered for most, especially by those lovers of bedroom-ready slow jams, is the slinky, sexy track "Morning Glory." From the song's opening synth bass notes to Jay Kay's airy falsetto and the horn solo, this smoky, sexy number was made for the sole purpose of baby making. But that's not to say that it wouldn't find new life elsewhere. Missy Elliott sampled it for her track "Bite Our Style" in 1997 and again in 2011 for Freddie Gibbs' song "Heaven Can Wait." It's also been covered several times over by artists like Jae Franklin, among others.

The Return of the Space Cowboy was once again an international success. It peaked at No. 2 on the UK charts, eventually heading to platinum there as well as in France and Japan. However, success in the United States still eluded them. That would come later, when the band released their blockbuster masterpiece Travelling Without Moving in 1996. But those who didn't discover Jamiroquai until that album should go back to The Return of the Space Cowboy to see where the band's style solidified before their big breakthrough. 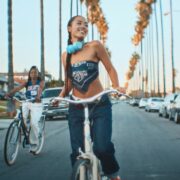