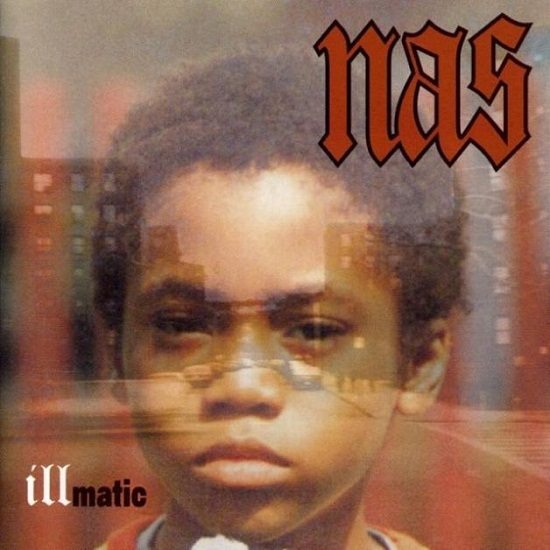 If you're not familiar with Nas' seminal hip-hop classic Illmatic, then you must've been living under a rock for the past 20 years. Upon its release, Nas went from a virtual unknown to hip-hop royalty seemingly overnight thanks to well-crafted lyrics, a who's who of hip-hop production's finest and skillful samples that propelled him into the limelight. It managed to do what, at the time seemed like the impossible: shift the focus of hip-hop back from the G-funk drenched sounds of Dr. Dre, Snoop Doggy Dogg and the West Coast back to its East Coast birthplace of New York.

One of the things that made Illmatic so resonant was Nas' unique worldview, a slightly cynical yet still somewhat hopeful look at life that spoke to Gen X's malaise while also observing the realities faced by young Black men growing up in the 'hoods across America. Kicking off with the self-produced intro "The Genesis," things automatically got grimy on the DJ Premier-produced "N.Y. State of Mind," which found Nasty rhyming over a threatening piano loop and hard-hitting drums. And even though L.E.S. laced the rapper and cohort AZ with a flip of The Gap Band's "Yearning for Your Love," "Life's a B***h" wasn't happy-go-lucky, instead focusing on the realities of having to hustle to survive and finding ways to cope. But just when you think things are a bit too bleak, there was the positivity of "The World Is Yours," which found Nas kicking it over skillful Pete Rock production and providing hope to the shorties.

After a hard-hitting turn on "Halftime" and a sweet, soulful trip on "Memory Lane (Sittin' in da Park)," Nas linked up with none other than Q-Tip for "One Love," a tale of Nas visiting a homeboy who got locked up and relaying the happenings of the world outside. Then, after kicking it "One Time 4 Your Mind," he links back up with DJ Premier for "Represent." While it was never released as an official single, "Represent" is perhaps one of the album's best known tracks, with it definitely starting parties in Nas' native Queens and beyond as the head-nodding groove and hardcore lyrics were enough to get everyone hyped. Closing out the album was the Large Professor-produced "It Ain't Hard to Tell," which seamlessly flipped samples from Michael Jackson, Stanley Clarke, Kool & The Gang and others as Nas once again boasted of his skills on the mic and backed them up all at once.

If Illmatic had been the only album from Nas, it still would've went down in hip-hop history, as it was brilliant start to finish (it infamously received a five-mic rating from The Source, causing a bit of controversy). But the album was just the start for Nas, who has gone on to release 13 albums — including efforts with supergroup The Firm and his Distant Relatives collaboration with Damien Marley — over the course of the 20 years since. Though every effort hasn't stacked up against Illmatic, he's still managed to leave a legacy that is nearly impeccable, using his art to make personal and political statements that have touched the hearts of music fans across the globe.

Surprisingly, even with its widespread acclaim and place in hip-hop history, Illmatic wasn't successful upon its release, peaking at No. 12 on the Billboard charts and not achieving platinum status until 2001, seven long years after it was released. As well, though five singles were released, each underperformed on the charts. Despite its humble beginnings, the album has achieved iconic status not just in hip-hop, but music in general. Nas spent most of 2014 celebrating the release with the feature length documentary Time Is Illmatic and touring the country performing the album in its entirety. And with its honest lyrics and production that remains just as fresh today as it was 20 years ago, it's no wonder. Just take one listen to the album and it ain't hard to tell why Illmatic will always and forever be classic.