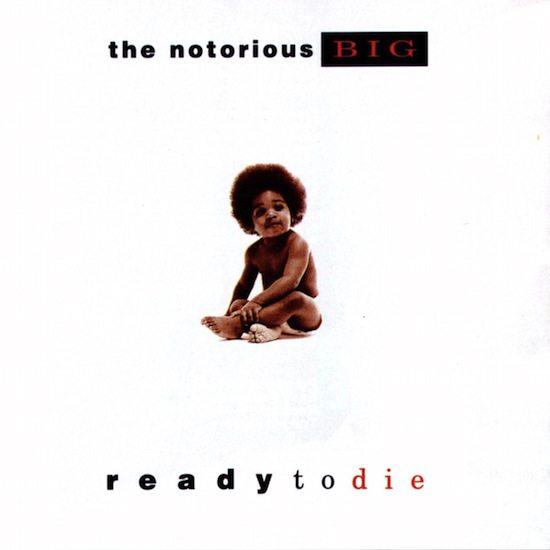 Critically lauded and commercially successful upon its release, The Notorious B.I.G.’s Ready to Die stands as one of the pillars of hip-hop — a standard albums of the genre strive to achieve and a shining example for the mainstream of the potential rap artists have to craft more than just hot singles.

But much of what makes Ready to Die a triumph is not its individual tracks, as Biggie Smalls would have more successful chart-toppers on future sets. Nor is it even the autobiography told through multilayered rhymes or the fact it served as a launch pad for Sean “Puff Daddy” Combs’ Bad Boy Records. What really makes it a standout is those things coupled with strangely complex cohesiveness.

Within Biggie’s spitfire storytelling are battles between his high-pitched paranoid persona and that of the confident overweight lover; the neatly constructed choruses that present a polished hip-hop veteran versus the Brooklyn novice with playful vocabulary belting freestyle verses; and the rich rap star toasting the life of luxury juxtaposed against the young man who sees his death in his near future, possibly by his own hands. It was as if Biggie existed in a Purgatory of what he had been — a self-proclaimed hustling drug dealer — and what he could have become.

And the result of those conflicts played out on Ready to Die through moments of depression, awkward humor and honest testimonials. Getting listeners to hear these confessions was a challenge, of course, because in 1994, the hip-hop world was still saturated in G-funk/gangsta-era West Coast rap led by the remnants of California-based Dr. Dre’s “The Chronic” and Snoop Doggy Dogg’s “Doggystyle.” It’s not that the East Coast, specifically New York-based rap artists, weren’t putting out good work — after all, a year prior Wu-Tang Clan dropped Enter the Wu-Tang (36 Chambers) and Nas had earlier on the calendar released Illmatic — but little was breaking through the sonic barrier of heavy synth bass lines served up by 2Pac, Ice Cube, Warren G and Eazy-E, among others.

Then came the East Coast entry into the gangsta era with the Poke (of Trackmasters) and Combs-produced “Juicy.” The radio-friendly rags-to-riches tale was cute, borrowing the melody and much of its chorus from Mtume’s “Juicy Fruit,” which fit well into the sampled ’70s and ’80s funk permeating West Coast hip-hop at the time. It was soon replicated by “Big Poppa,” which relied heavily on The Isley Brothers’ “Between the Sheets,” and a non-album remix of “One More Chance” that twisted up pieces of DeBarge’s “Stay With Me.”

But the best chunks of Ready to Die weren’t heard on the radio, they were heard in the “filler material” that made up a majority of the album and delved deeper into the topics introduced through the singles and in to B.I.G.’s psyche. Biggie’s storytelling and gangsta mentality were on full display in “Warning,” staring with a page at 5:46 am and ending with red dots pointed at money-hungry enemies in a game of survival. In “Things Done Changed,” Biggie reminisces about easier times, much of which listeners can relate to, but as his story unfolds, so does the reality he faced in his neighborhood of surviving physically and financially while navigating a violent lifestyle. The details of the hustle were laid out in the rat-tat-tat back-and-forth two Biggies exchange in “Gimme the Loot,” putting on its head the idea of needing a guest star to channel multiple viewpoints — which is not to discount Method Man’s playful flow on “The What” or the near-death-autobiographical accents spit over the riddim on the Diana King-assisted “Respect.” Still, “Gimme the Loot”’s “Goodness gracious the papers / Where the cash at? / Where the stash at?” still gives us chills with it’s out-of-nowhere nonsense.

The “wah-wah” jazz-meets-hip-hop melody of “Machine Gun Funk” kept the party moving and the theme intact, but also touches slightly upon the “f-ck ‘em and leave ‘em” missives B.I.G. periodically penned about women, much like those in the original “One More Chance,” where he proudly praised his sexual prowess and fantasized/realized about how the women he encountered, despite being treated like dirt, would come back to his bed. But in a more touching number — if the message can be interpreted as such — “Me & My Bitch” demonstrates a tenderness as Biggie raps about his fondness for one particular woman. Sadly he doesn’t get his Bonnie and Clyde ending on the track, but professes revenge for his girl who gets gunned down by a bullet that was intended for him. The concise narrative Biggie lays out through the track offers enough detail that listeners will come away with some sadness at the inevitable doom of the scenario, something few other rappers of the era were able to convey.

More autobiographical tales pepper “Everyday Struggle,” whose feel-good melody seems to harshly sugarcoat the chorus of “I don’t wanna live no more / Sometimes I hear death knocking at my front door.” But “Suicidal Thoughts” is perhaps the most raw inclusion on Ready to Die, and not because of the obvious title connections between the two, but because of the introspective thoughts that Biggie reveals in the track and the punctuating silence that ensues as that gunshot rings out, closing the album.

Though some sounds on the album — whose other producers included Easy Mo Bee, Bluez Brothers, Chucky Thompson, Darnell Scott, Lord Finesse and DJ Premier — were accused of being “samey,” each entry on Ready to Die is a peek into a moment in time in the compelling life and performances of Biggie Smalls. Ready to Die served as the one album by B.I.G. that existed in the dual worlds of underground hip-hop and mainstream acceptance, each allowing different talents within his rapping bag of tricks to shine. Though far less commercial than future disc Life After Death, Ready to Die was the authentic Notorious B.I.G. album that connected listeners to the near-mythical Brooklyn-bred star, foreshadowed his early and untimely demise and broke barriers as to what was acceptable content in hip-hop with its blunt honesty and emotive lyrics. It’s a formula that would work for B.I.G. and only B.I.G., and one that was thankfully pressed on wax during his short lifetime.