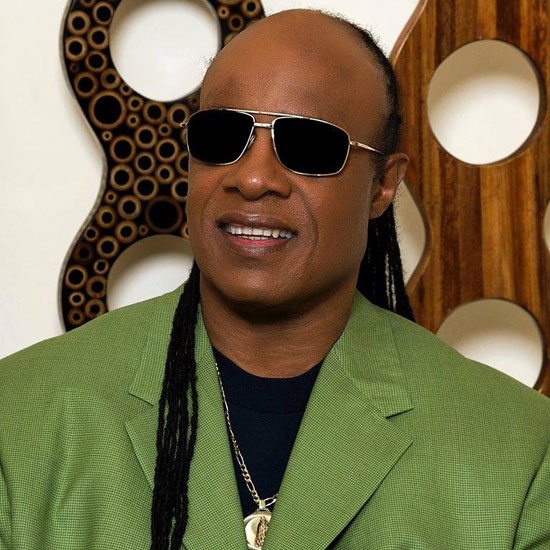 We've been sitting here trying to figure out who will honor Stevie Wonder during CBS's Stevie Wonder: Songs In the Key of Life — An All-Star GRAMMY Salute and now the answer has been delivert. On Monday, February 16th Stevie will receive some A-list serenading courtesy of fellow GRAMMY nominees and winners Janelle Monáe, Chris Martin of Coldplay, Willie Nelson, Ed Sheeran and Usher. While we're not sure which songs each artist will take on, we do know this is a tribute we would never miss. The show will be taped on February 10th, a few days after the 57th Annual GRAMMY Awards, so all eyes will definitely be on this musical revelry.

Songs In the Key of Life won Album of the Year back in 1976 and decades later its content is still as soulful as the day it was released. More presenters and performers have yet to be announced but judging from the released line-up, we're already impressed. If you'd like to get your fill of songs like "As" or "Isn't She Lovely," then you can still purchase tickets at AXS.com, call 877-234-8425 or email tickets@aegworldwide.com. If you don't get a ticket, you can still sit with us and catch the show on February 16th when it airs on CBS from 9 pm – 11 pm ET/PT.