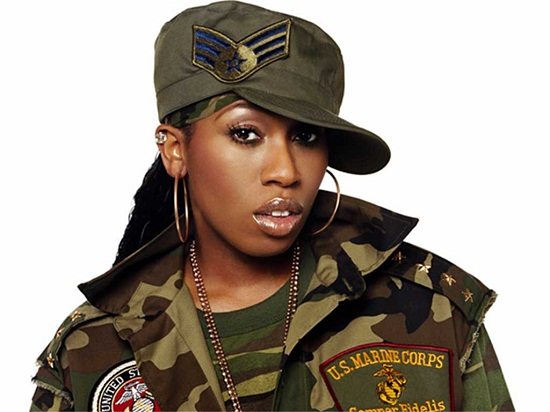 We have been waiting for a new album from Missy Elliott for 10 whole damn years. After dropping The Cookbook in 2005, the “Beep Me 911” rapper/singer/producer tipped into the shadows and dealt with a few health issues in private. She has popped up every now and then to write and produce records for the likes of Jazmine Sullivan, Fantasia, Keyshia Cole, Jennifer Hudson and Monica, as well as sneaking in a guest verse or two for Little Mix, Kelly Rowland, J. Cole, Sharaya J and Faith Evans more recently. 2012 saw the Virginia native toss out two new singles, “Triple Threat” and “9th Inning,” but still no album.

This year’s Super Bowl halftime show found an unexpected savior saving the day like and R&B superhero as Katy Perry brought out our girl and allowed her the opportunity to work it on stage again for the entire world to see. The masses responded by giving her a digital round of applause and literally boosting her music sales by 282 percent. We’re starting to think the decade-long wait was worth it as Missy has now taken to Twitter to let it be known that she appreciated the Super Bowl love so much that her and Timbaland are taking it back to their roots by pulling in their all-star team of Tweet, Ginuwine and, yes, even Magoo, and hitting the studio to bring that magic back finally for a new album.

Hey Missy, while you’re at it, don’t forget to call up Gina Thompson and our girl Nicole Wray. Here’s to hoping that 2015 will be the year we get to put our thing down, flip it and reverse it again. -- Rob