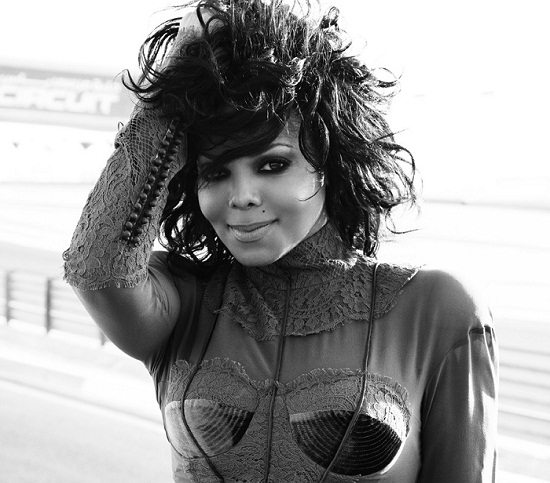 If we ever got in trouble and didn’t want anyone to know, Janet Jackson would be our one phone call. The Queen of Pop and R&B is also queen of keeping secrets and staying out of the limelight. We have had a few glimpses of her traipsing around the globe, being spotted in Italy, Dubai, Palestine and more, especially with her Qatari billionaire husband Wissam Al Mana in tow. While she’s been on the move, we’ve been stalking her on social media (she hasn’t tweeted since December 2014 by the way) for any news of a potential album, single, hook, anything. We’re clearly not the only ones who miss her. Last November, fans voted extensively during VH1′s Pop Queen Faceoff and she came out the reigning Pop Queen of the last 30 years. She beat out Brandy, Mariah Carey, Whitney Houston and, yes, even Beyoncé. Simmer on that.

Janet hasn’t released a new album since 2008’s Discipline, but fans joined virtual hands with the songstress to celebrate the 25th anniversary of Rhythm Nation back in September, which sure, was nice but this does not a new album make. We’ve been speculating about new Janet material since last April, and then there was that one time she silenced us in August but alas, we still have hope. We’ve also heard Janet may have a mini-residency in the works at The Venetian in Vegas, with other artists like Diana Ross, Lionel Richie and Ricky Martin also in talks for a similar deal. So as you can see, we’re still hanging on to whispers and rumors because we have heard nary a peep from the songstress about a new album, single or potential collaboration. While plenty of artists have been keeping her legacy alive with remix after refix, we’d love to hear from the queen herself. Dear Janet, if you decide to release any new material, even a whisper, we’ll show up any time, any place. -- Mercy