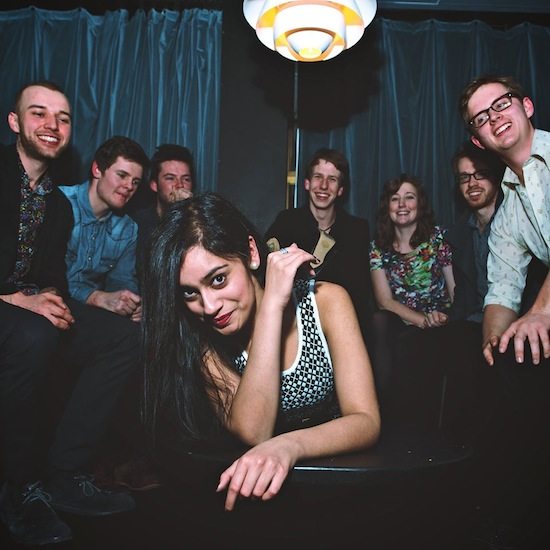 For a while there it seemed like soul and R&B music with full, thick instrumentation had virtually died for the younger artists coming on the scene. In its place, a sparse futuristic sound that, for all its beautiful otherworldly qualities, sometimes lacked soul, but there are a few glimmers of hope out there in the sea of sameness that can be alternative R&B. One of those glimmers is Melbourne, Australia’s Fulton Street. With roots heavily steeped in classic R&B and soul, this group of college students show a different side to Melbourne’s rich music scene, which is best known for future soul export and fellow Bounce-Worthy Aussies, Hiatus Kaiyote.

Comprised of eight college students completing varying degrees who were drawn together by their mutual love of soul music, Fulton Street delivers a sound reminiscent of Sharon Jones & the Dap-Kings or fellow Australian’s Dojo Cuts, but with a fresher edge. Upon first listen, the sound is warm and familiar, yet raw and real, while lead singer Shannen’s powerful and soulful vocals shine brightly in the spotlight. Soon after this the driving beats, sweet guitar riffs, luscious keys and catchy horn lines do their part to draw the listener into the story being weaved, which is often capped off with a hook that can’t be denied.