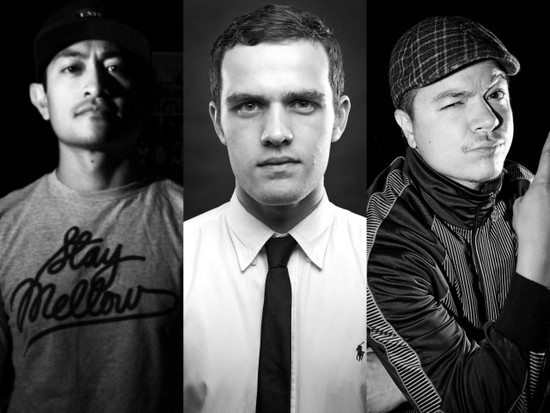 “Where there was one before, now there are many.” So begins the reggae-tinged hit “Blackbird” by Fat Freddy’s Drop, and what a prophetic lyric it turned out to be. The rhythmic original spawned quite a few cover versions, but none quite like Jordan Rakei's live rendition. With Rakei's smooth tenor floating over an instrumental blend of R&B, neo-soul and reggae, it became our favorite rework of the original tune.

We're quite familiar with the musical artistry of Freddie Joachim here at SoulBounce. Whether producing original music or crafting unique remixes, he always seems to get it right. So naturally, when he teams up with a modern-day virtuoso like Vincent Czekus (better known as, GYREFUNK), the result is nothing short of amazing.

Joachim makes good use of his electronic skills for this aural makeover. With an invigorating hip-hop pulse, Rakei’s altered voice on background vocals and GYREFUNK’s jazzy instrumentals interspersed throughout, the song becomes something else entirely. You’ll definitely want to take advantage of the free download while it’s still available.

Check out Freddie Joachim’s website or follow him on SoundCloud to keep up with his constant flow of musical offerings (including his work with artistic collective Mellow Orange). And you need more GYREFUNK in your life, so check out his website and SoundCloud page as well. This MUGPUSH Band member is a true Renaissance man. In addition to being a graphic artist, teacher, sought-after studio musician and producer, the guy has even created his own instrument -- the Vincestrument, a bass/guitar/synth/drum machine hybrid. His. Own. Instrument. That's some next level stuff right there, y'all.