Luke James Has Some ‘Bad News’ You’ll Want To Hear 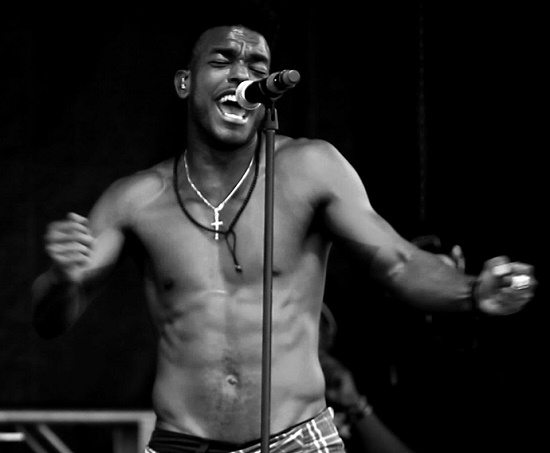 Luke James is a talented singer, songwriter and performer, but if we're being honest, his self-titled debut, while good, left a bit to be desired. Still, though he just released that set in September, it seems that he's already moving on to the next with sensual new track "Bad News."

Produced by Trakgirl and Alex Diiamonds, the song is an ambient, sexy stunner that finds the crooner serenading over dark, brooding drums and synths. The lyrics find him feeling lonely and yearning for companionship. But instead of a lovelorn lament, we get a desire-filled come on reminding us that "lust has no mercy," especially when he's all alone with no one to do. Though the backdrop is moody, Luke's vocal here, at times breathless and other times thick and rich, cuts through the gloom, selling the track and serving up unadulterated sex appeal effortlessly. But it's when it's paired with an unidentified female voice that it really shines, with the two voices playing off each other nicely and creating a delicious tension.

It's not certain if "Bad News" signifies the coming of a new project from Luke or if it's just a one-off gift to his growing legion of fans. Either way, this is "Bad News" that we wouldn't mind hearing over and over again. Turn down the lights, press play and let this sultry track wash over you.