Raheem DeVaughn Has His Way With ‘Anytime Anyplace’ 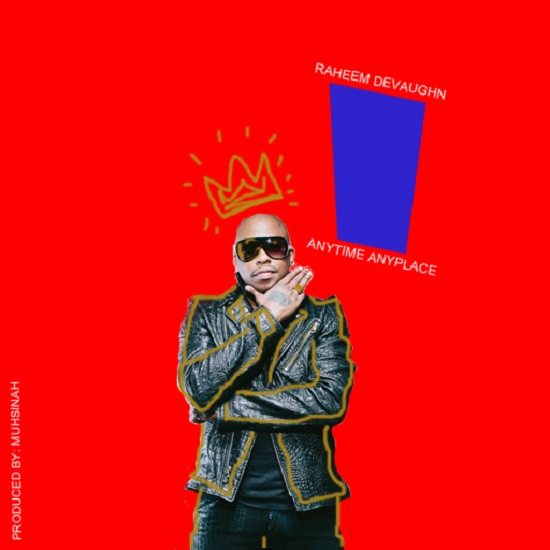 Around these parts, we take our Janet Jackson very seriously. Especially me, the staff's card-carrying Janet stan. So while I'm always open to something new and JDJ-related, I always approach it with a fair share of skepticism. The latest to take a swing at Janet's oeuvre is Raheem DeVaughn, and he aims pretty high with his cover of sexy janet.-era slow jam "Any Time, Any Place."

While choosing a song like "Any Time" is right up the alley of someone who calls themselves the Love King, it's still an ambitious one for a male soul singer. That's because Janet's original is soft and feminine, with whispery vocals that ooze sensuality whereas Raheem is known for powerful vocals that can at times take us to both to the bedroom and to church. Luckily, he's done a solid by the song's producer, Muhsinah, who faithfully recreates the original down to the thunderstorm going on in the background. For his part, Raheem does a decent job in delivering the sexy, restraining his voice a bit to try to match Janet's sexy coo. However, as the song progresses that restraint begins to break as he ad-libs, breaking into the quiet groove with showy vocals that throw off the rhythm. That, coupled with a handful of clunky (but necessary) lyric changes distract and ultimately derail the cover before it can really get good. That being said, Raheem definitely gets an A for effort if not execution.

Of course, Raheem is getting ready to release his own collection of steamy songs with his upcoming Love Sex Passion on February 17th, so allow his "Anytime Anyplace" to be the Valentine's Day teaser of what's to come.


TAGS:  audio, janet jackson, muhsinah, raheem devaughn
Previous: Tank Gets Sensual On His ‘If You Were Mine’ EP Next: SoulBounce Exclusive: Carmen Rodgers & Anthony David’s ‘Charge’ Is Explosive