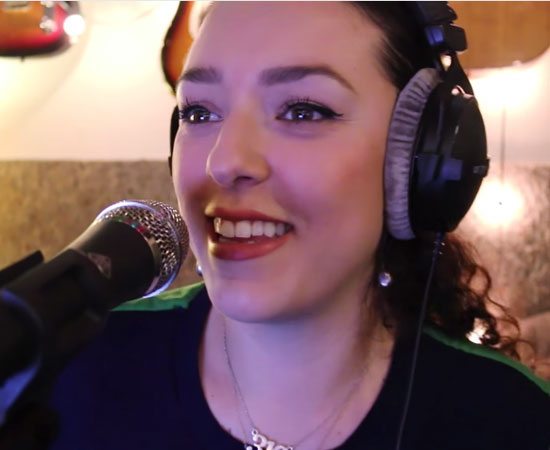 So you can file this under 'Things We Already Knew,' but D'Angelo is pretty popular with the ladies. Shortly after the release of Black Messiah, Bounce-Worthy songstress Morgan James covered D'Angelo's entire album with a 43-minute tribute on YouTube. Now another chanteuse, Raquel Rodriguez, has decided to take on the challenge by recreating four of the album's 12 tracks with a few members of her band. We found something different than Morgan's take in Raquel's live studio renditions of "Another Life," "Really Love," "Betray My Heart" and "The Door." Perhaps it was the inclusion of the band, who have nothing on The Vanguard by the way, but do add new flavor to the tracks we've constantly had on repeat since the album's December release.

Each song is short and sweet and features Raquel's sleek and smooth tones. As she sings every word, we find an R&B and blues sound we can't ignore, especially in "Betray My Heart," which serves as her first D'Angelo cover. On "Another Life," she enlists the help of Amber Navran for some harmony but doesn't deviate from the original single, only adding a few ad-libs when necessary. The Spanish flair on "Really Love" remains and is supplied by band members Jamey Arent on guitar and Nick Campbell on bass and she gives a country and blues-y rendition of "The Door" with the addition of John Schroeder's slide guitar. Raquel's version of each track transports you into her own hip and soulful coffee house.

Raquel has her own music, which is a mix of soul, R&B and blues, and since she's a fan of covers, she even delivers singles from artists like SBTRKT, Justin Timberlake, Rihanna and Usher on her YouTube page. If Raquel decides to record more D'Angelo tracks, our ears and hearts are open. You can find out more about Raquel and her band when you visit her website or simply watch her D'Angelo covers right here.