You ‘Don’t Wanna Fight’ The New Single From Alabama Shakes 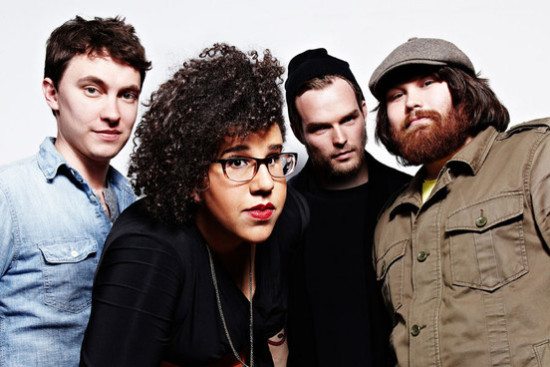 The first time I heard Alabama Shakes, I could only describe the experience as being jarring in the best way.  The sound was retro, but not appropriating any one group directly; it was a rich spicy gumbo-like mixture of Southern rock and blues. Their sound was gritty and soulful, and the pulse of the band emanated from the vocal cords of their lead singer and guitarist, Brittany Howard. Her voice had me initially speechless, with shrieks and howls that combined the best of The Rolling Stones with Bessie Smith. Janis Joplin is the closest thing I can connect her to, but she's something altogether unique.  This is not to overshadow the incredible talents of the rest of the Athens, Georgia group, which also features guitarist Heath Fogg, bassist Zac Cockrell, keyboard player Ben Tanner and drummer Steve Johnson.

The 12-track album features lead single “Don’t Wanna Fight” that encompasses Alabama Shakes at their best. Leading in with an immediately engaging guitar riff, Howard begins the song with a scream at such a high register, it's almost as if she's voicing a kettle boiling over. As the title reflects, the song is about someone at the end of themselves as a result of in-fighting in their relationship. The conciseness of the lyrics are effective in getting straight to the emotional core of the song. Each line is extremely resonant so no filler lyrics are needed. Plus, the combination of the chorus and Howard's vocals work well to drive home the frustration and emotional exhaustion that's rooted in the subtext of the track. Easy to replay, it's one of my favorite songs of 2015 thus far, and my suspicion is that it will stick with listeners for some time to come.

Instead of just leaving us with bare audio (which would've been enough), the Alabama Shakes have been kind enough to create an animated visualizer for the single. Check out this visually creative and aurally rich "Don't Wanna Fight" below.

If you want to experience the Alabama Shakes up close and personal, the band will hit the road beginning later this month. See their  touring schedule below.