Alabama Shakes Take Us To The ‘Future’ 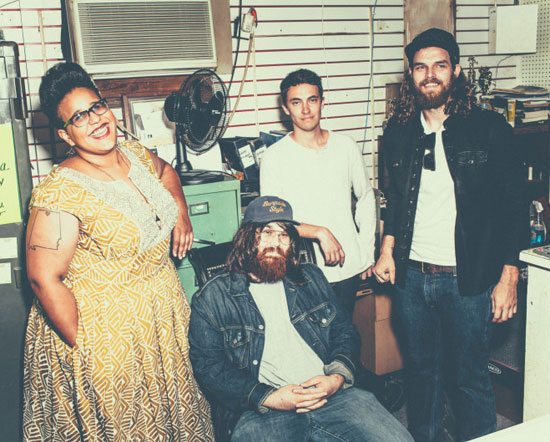 Alabama Shakes continue to spread their gospel through a new visual treatment for their latest single "Future People." Like most of their tracks, we're ushered into their world with a funky guitar riff and then lead guitarist and singer Brittany Howard sits us down with her commanding voice. The video naturally plays with sound and color, featuring symmetrical lines on top of a black background, pulsating along with the song's guitars and keys. The mid-tempo track is half futuristic and half old soul with the rock and guitar elements playing together to keep the Shakes' signature sound in tact.

We can't wait to hear more from the Shakes as the band's sophomore album Sound & Color debuts April 20th. Until then we get a clue of what we can expect, and we have something to watch and listen to with this latest release. "Future People" is available as an instant download when you pre-order their upcoming album on iTunes. Watch the video below, and let us know if you're down to go where Alabama Shakes is trying to take you.


TAGS:  Alabama Shakes, audio, Brittany Howard
Previous: Rapsody Keeps It Real In ‘The Man’ Next: Are You ‘So Anxious’ To Hear August Alsina’s Ginuwine Cover?