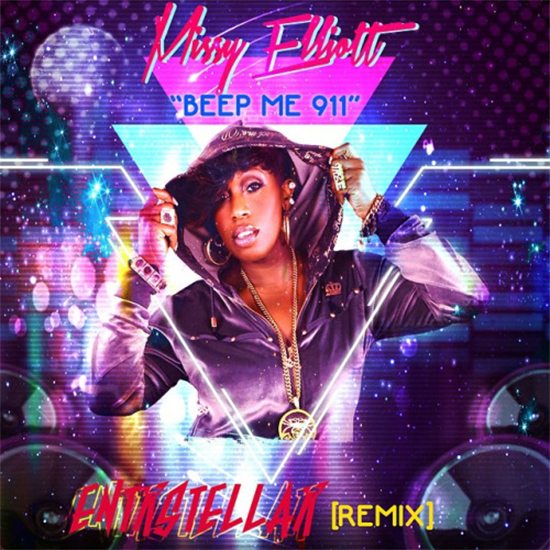 Jay Ellyiot and brandon* aren’t playing any games. Just last month they gave us an unbelievably dope Groove Theory remix as a way to introduce us to themselves as the brand new production duo ENTRSTELLAR, and now they’re back already to join in on the Missy Elliott celebration we’ve been having all year. These two are on fire as they revive Missy’s 1998 hit single “Beep Me 911,” giving it trap drums and otherworldly chords. Missy, 702 and Magoo light up this revamped production just as they did the original.We all know that Missy has always been ahead of her time musically, but this refix manages to bring one of her classic records up to speed and then drives it full speed ahead to surpass today’s sound. ENTRSTELLAR has hinted at releasing an EP soon, and we will certainly be looking out for it, as we’re already impressed with what they have to offer.