Janelle Monáe & Jidenna Work It Out With ‘Yoga’ 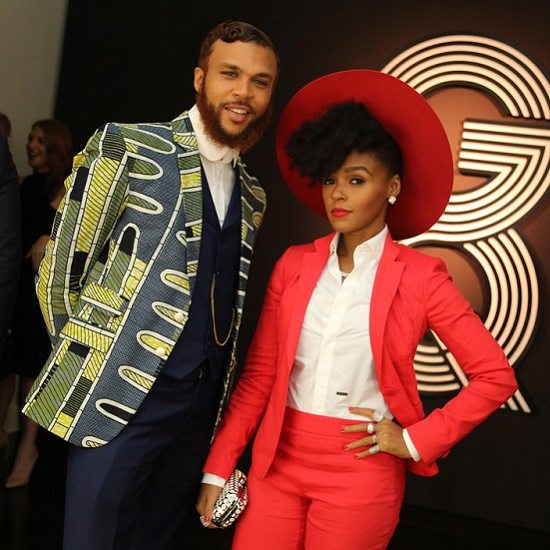 With the Wondaland Records collective's compilation album, The Eephus, coming soon, Janelle Monáe and her stable of artists have been on the promo trail getting the word out about the upcoming album. They've also been promoting the lead single, Jidenna's banger "Classic Man." But there's no better promo than new music, and the latest Eephus track, from head honcho Janelle, just landed this morning.

"Yoga" is an athletic little number that finds Janelle trying on a bit of a different style, an adaptation of the "ratchet" sound infused with her own retro leanings with a twist of the futuristic thrown in for good measure. Upon first listen, with Janelle delivering sing-songy verses over a sparse musical backdrop, you're not exactly sure what's going on here. But Janelle brings it together just before the chorus, letting you know, "I ain't go no worries, I'm my own private dancer." And as she dances to the beat of her own drum, she commands we do the same on the chorus, singing "Baby bend over / Let your booty do that yoga." Don't mind if we do! Jidenna stops through on the track as well, delivering a more sexually charged verse than Janelle, but keeping in line with the feel good aura of the song as a whole.

"Yoga" is available at digital retailers now, and The Eephus will be in stores next month. While you wait for to see what else Wondaland has in store, go ahead and work it out with "Yoga" below.