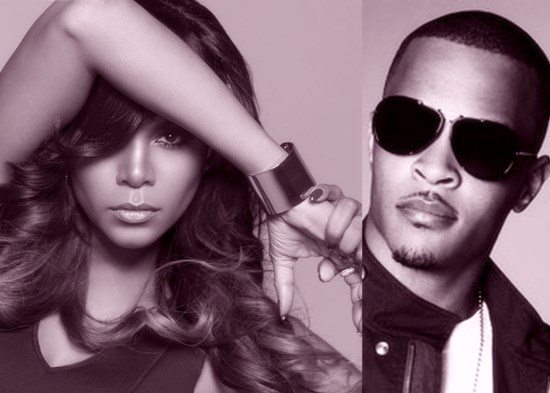 LeToya Luckett is keeping herself pretty busy these days. So far this year, she's released two new singles ("I'm Ready" and "Together"), completed a worthwhile RallySong campaign to benefit The Caliber Foundation and reprised her role as Felicia Price on the new season of Centric's Single Ladies. As she continues to put the finishing touches on her upcoming album, she managed to squeeze in "Don't Make Me Wait," a new collabo with ATL rapper, T.I.

If the title sounds familiar, it's because she first premiered the original song on Single Ladies early last year -- simultaneously revealing that her long-awaited third studio album, Until Then..., was definitely in the works. Well...new year, new version. Trouble Man took time off from promoting a deluxe version of Paperwork and filming ATL 2, to help Lady Love flip the slow-burning ballad. In this extended version, LeToya turns up the heat with a seductive vamp and sultry ad-libs after T.I. sets things off with a swaggering rapid-fire intro. Not one to hit it and quit it, he sticks around for the duration of the song -- singing, dropping another verse and chanting over Luckett's ethereal vocal outro.

No need to wait for the album, the single is available right now on iTunes. Stay tuned for more news on Until Then..., and catch her on the new season of Single Ladies when it premieres on March 18th. If you happen to be in Sin City this weekend, you can also catch LeToya (along with Trina, Tweet and Teyana Taylor) at the Silver Nugget Casino Event Center on March 14th as the main event for Tempted 2 Touch Spring Break.