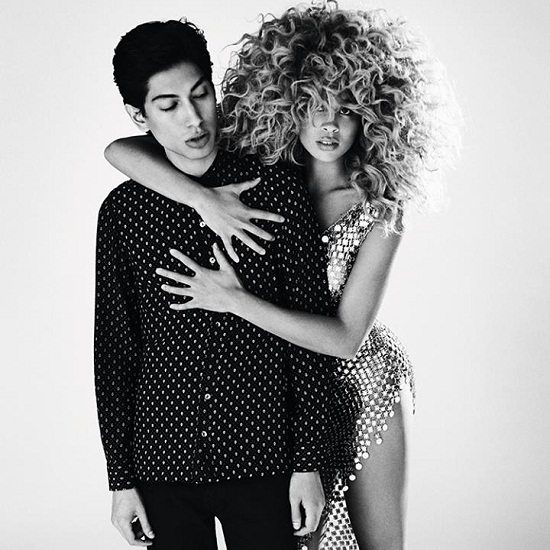 New York-based duo Lion Babe is definitely a group on the rise. Besides dropping one of our favorite EPs of 2014 with their self-titled joint, the duo — consisting of  Jillian Hervey and Lucas Goodman — has been in increasingly high demand and have been hitting stages both in the States (they wrapped a tour with The Roots earlier this year) and abroad. Somehow in between all that jetsetting and performing, they found time to record new music and premiered a new track on Annie Mac's BBC Radio show not too long ago.

The track in question is their new single, "Wonder Woman." It finds Jillian and Lucas teaming up with none other than Pharrell Williams for a lesson on how to treat a lady. Over a modernized soul beat (no "Blurred Lines"-o), Jillian works it out vocally and reminds us that just because a woman's fine doesn't mean she has time for the shenanigans and catcalls. "That'll get you nowhere / You don't wanna see what happens when I get provoked / You don't wanna go there / See me spin around, see me swing my golden rope," she warns sassily. The groove itself, though, is a bit spare, building itself on a few licks of guitar, bass, snatches of synth and ad libs from Skateboard P and Jillian. It's not as nuanced as Lion Babe's previous work, but it's still pretty solid.

"Wonder Woman" isn't the only thing that Lion Babe's got cooking. They're getting ready to embark on a European tour with Seinabo Sey this spring and have been cooking up many more sonic pleasures with the likes of P, Q-Tip and Dave Sitek, to name a few. Looks like 2015 might just be the year of the Lion Babe. While you get yourself prepared, check out "Wonder Woman" right here.