Mary J. Blige Stops By ‘Empire’ For A ‘Shake Down’ 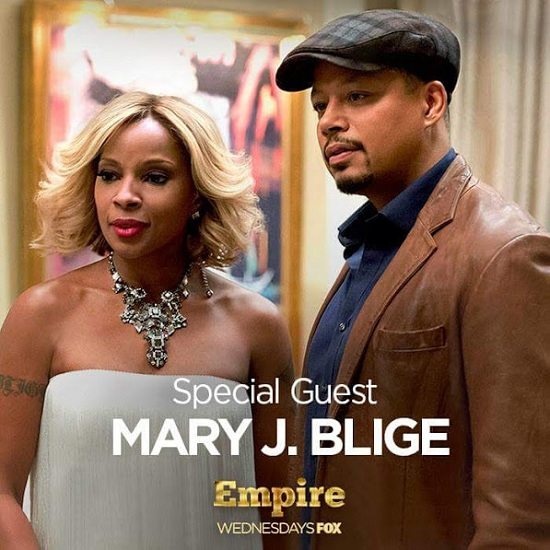 We already knew that Jennifer Hudson was stopping by the Empire offices this Wednesday, but it seems there'll be yet another notable musical face making an appearance during this season's penultimate episode. Mary J. Blige will be appearing on TV's No. 1 new drama playing Angie, a woman from Lucious' past who pops up in the here and now.

And it looks like that past will most likely be a musical one, as "Shake Down," Mary's duet with Terrence Howard from the episode, has made its way online. The song should be familiar to fans of the Queen of Hip Hop Soul's work. It was originally a duet with Usher that appeared on her 2007 album Growing Pains. While that was a more produced version, this new take finds Mary and Terrence trading verses over a simple piano arrangement that highlights their voices. In Mary's case, that's a great thing, as it shows just how much her voice as grown throughout the years. Terrence Howard, however, is not Usher. While not entirely unpleasant, the actor's singing voice paired with Mary's just doesn't measure up. Lucky for him, Mary is the main attraction here, though heaven have mercy does he try to give her a run for her money.

Of course "Shake Down," along with other songs from the show (yes, even "Drip Drop"), will be included on the Empire Original Soundtrack From Season 1, which will hit retailers tomorrow. Until then, take a listen to "Shake Down" here. Oh, and be sure to catch up on the the Lyon family goings on with our recap series, Empire Watch.