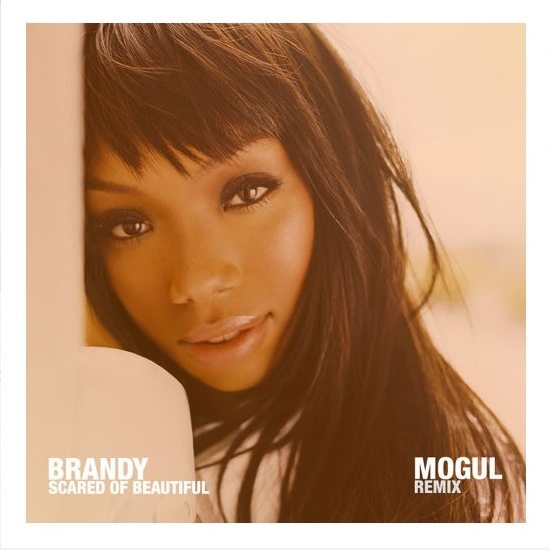 German producer/remixer Mogul has been making a quiet splash over the past year with a variety of well-received remixes. Identifying with the "nu-disco" style of music, the relative newcomer got his feet wet guesting on remix compilations and EPs with reworks of artists like Mark "Return of the Mack" Morrison and Jay Sean. Seeking to push himself further, he happened upon "a lovely acapella [sic] from Brandy" and knew it was just the challenge he needed.

The Frank Ocean-penned "Scared of Beautiful" is an empowering mid-tempo ballad (and one of the standout tracks) from Brandy's last studio album, Two Eleven. Mogul downsizes the lyrical content and beefs up the instrumentation, transforming the track into a club-ready dance tune. Infusing elements of house, world music and hip-hop, he creates an interesting rhythmic backdrop that melds perfectly with Brandy's distinctive vocals. Don't be scared, just hit the play button below and get ready to strut yo' stuff. Afterwards, you can click here to download a free copy to add to your playlist.

While Mogul continues to work on his debut EP (due later this year), visit his SoundCloud page for more nu-disco remixes and some original content as well. As for Brandy, we're still waiting on that seventh album...but in the meantime, you can catch her on the recently-wrapped eighth season of BET's The Game.