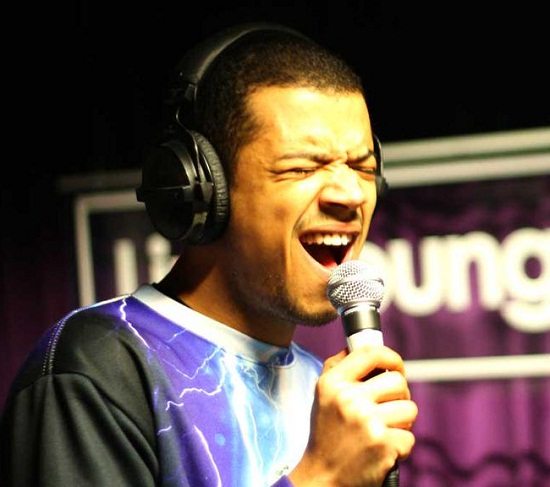 UK singer Raleigh Ritchie has impressed us ever since his single "Stay Inside" landed in our laps a couple years back. Since then he's continued to do so with his subsequent releases, including his current single "The Greatest." And to prove that he's not just a studio artist, the singer paid a visit to the BBC Radio 1Xtra Live Lounge to do his thing.

He first graced listeners with a rousing rendition of "The Greatest." Not much differed here than from the single other than the live feel of the music. However there was a definite energy coming from Raleigh that propelled this take beyond the original single. Halfway in, it's almost impossible not to find yourself singing along and, like the Live Lounge hosts, clapping like you're at a concert.

But it was his cover of Kelis and Andre 3000's "Millionaire" that really stole the show. Raleigh added his own moody spin on the track, with a slightly slowed pace and moody synths fleshing out the song's beginning before a marching snare, hi-hats and a squelching synth rounds it all out. In the midst of that, Raleigh interprets the song in his own way while an unnamed female singer provides a sweet counterpoint with ad libs. By the song's end, his band takes it home with electric guitar as Raleigh growls through a rehash of the opening verse before ending quietly.

It's honestly one of the better covers we've heard of the track. But don't take our word for it, you can take a listen to both songs below.


TAGS:  andre 3000, audio, kelis, Raleigh Ritchie
Previous: Dolphin Sings About The ‘Young Black Mind’ On His Debut Next: Sam Smith & John Legend Revamp ‘Lay Me Down’ For A Good Cause