Russell Taylor Wins The Battle With ‘War Of Hearts’ 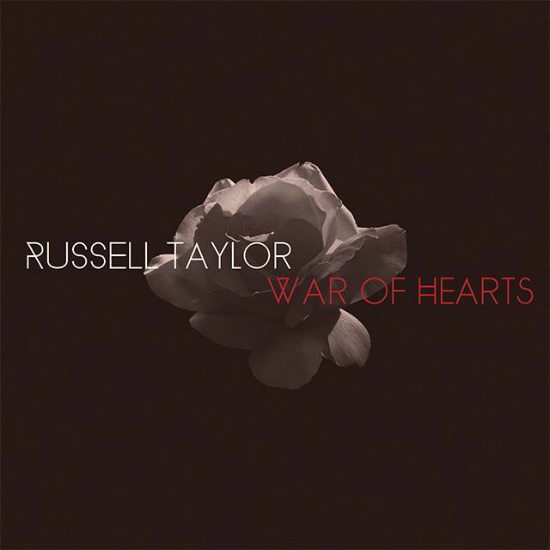 Prior to October 2013, all was relatively quiet with Russell Taylor until he released the title track from his then-upcoming album War of Hearts. That Scandal-inspired tune brought him back to the stage, and now, having strapped on the body armour, he’s ready to do battle for our affections with War of Hearts' long-awaited release.

Anyone familiar with Taylor’s work will be in for a bit of a surprise, though, as this project sees a clear change in the production and instrumentation that listeners of his may have gotten used to. Previous albums Somewhere in Between from 2007 and Confessional in 2010 mainly featured a richly organic backing to Taylor’s delicious vocals, but this new album is much more influenced by electronic and dance music. Worth noting as well, is the fact that three of the 11 songs on offer here are re-imaginings of songs from previous albums. This added to the change in musical direction could set alarm bells ringing, so what exactly does this all amount to?

Opener “Electric” is a case in point. The sparse piano and electro-styled opening could be pulled straight out of The Weeknd's playbook, but this notion is dispelled almost immediately both by the warmth of Taylor’s voice as he sings of "sparks flying" and the surging beat of the chorus. It's the type of soulful call to the dance floor that Ne-Yo made on "Closer." "Electric" seems ripe for the remix treatment as it slightly lacks that final peak of euphoria, but nonetheless it kicks the album off in good style. “Let Me Love You” is the first of the tunes to have appeared elsewhere. The version found on Confessional was all fuzzed out guitars, whereas this version swaggers into view with a loping tick tock sound. Lyrically, "open up and let me in" may sound overly lascivious in someone else’s hands, but here it sounds heartfelt and honest. The sparse verses and dance floor chorus of "What She Wants" hits a sweet spot, and “War of Hearts” sounds as impressive as it did when it appeared in 2013.

It is half way through the album when some more organic sounds wriggle free. The sweet guitar of “Foolish Heart” is a welcome change in vibe, and “Proud” is a coiled spring of a song. It builds steadily, insinuating itself into your guts, without ever finding the release it craves and is all the better for it, leaving you balanced precariously on the edge. Loss of both lover and life is covered in the atmospheric mid-tempo “Carry You,” and “Can’t Cry”’s re-recorded state of the world address manages to be earnest, without passing over into cloying sentimentality.

The album highlight comes in penultimate track “Ghetto Street USA.” The driving backbeat and spiky energetic bass thrust this center stage and it stays there courtesy of Taylor's imploring vocals, complete with howls of anguish in the background. Urban decay and searching for a better life are the concerns here, and the dramatic music and the message contained within combine to great effect. Album closer “Hope” offers an uplifting finale and a detail that prompted a question to form in my mind. Loitering in the background here are some delightfully warped, off-kilter synths, that made me wonder what the album would have sounded like with a few more of these quirks elaborated on or indulged?

Russell Taylor’s voice is such an adaptable, expressive tool, and the tunes on show here are strong and stick in the mind. If you’re a long-time Taylor fan, then his foray into electro-pop and dance beats could seem a step too far, but if you’re new to his music or are happy to go with the flow, it remains an affecting and constantly interesting album worthy of love and attention. While he may not yet have won the war outright, he’s definitely winning battles on the way.