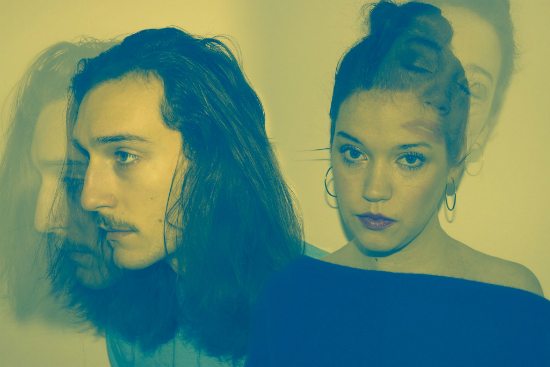 Suffice to say, Anna Wise's year has gotten off to an amazing start. We're not even through the first quarter, and she's already appeared all over what will easily go down as one of 2015's best releases, Kendrick Lamar's To Pimp A Butterfly, in addition to joining the rapper for the final musical performance on The Colbert Report. She and her Sonnymoon bandmate Dane Orr even showed off their comedic chops alongside Jean Grae in her hilarious "Underneathu" video. Showing no signs of putting her feet up, she and Orr are back with a new single, "Grains of Friends."

The second single from their upcoming album, The Courage of Present Times, "Grains of Friends" finds the Brooklyn-based duo doing what they do best -- creating cosmic, otherworldly grooves. Wise sounds just as good as usual as she bends and contorts her voice over Orr's muffled, funky track. Though sparse on the surface, relying mostly on claps and an ever-present knock, Wise's voice coupled with some added effects (some of which sound like they were taken from a busy playground) turns "Grains of Friends" into a near-hypnotic trip.

The Courage of Present Times, Sonnymoon's third album, will be released March 24th.