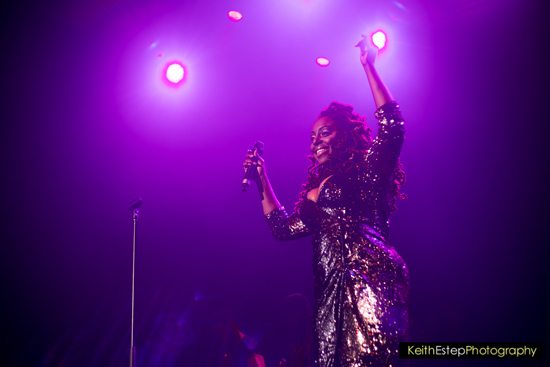 The Intimate Truth Tour has been making its way across the United States, selling out venue after venue, including the Modell Performing Arts Center at The Lyric in Baltimore, MD on Sunday, March 15, 2015. The triple threat lineup of Leela James, Raheem DeVaughn and Ledisi has been wowing audiences and it was no different in Charm City. Once Leela and Raheem did their thing, it was time for Ledisi to take command of the stage.

Despite being ill with bronchitis and told by her doctor to cancel shows, Ledisi went by the old adage "the show must go on" and soldiered through it. Concertgoers could barely tell that anything was physically wrong with the singer who looked like a milk chocolate-dipped goddess in a dress made of sequined sprinkles. Only a few notes exhibited any strain on her vocal chords, but otherwise she was in fine voice and good spirits.

Ledisi gave the audience a little bit of everything -- new songs, old classics and a show-stopping performance of "Take My Hand, Precious Lord." And that was just over the course of the first four songs! She effortlessly flowed from tracks from previous albums The Truth ("Quick Fix," "88 Boxes"), Pieces of Me ("Hate Me," "Pieces of Me") and Lost and Found ("In the Morning," "Alright") through newly remodeled songs from her latest project, The Intimate Truth, which she dedicated an acoustic portion of her show to.

Peppered throughout her performance was Ledisi keeping it 100 with real talk about relationships at their various stages. Her commentary was at times hilarious or thought-provoking but always on point and relatable. She's a woman who has lived, loved and lost and poured her joy and pain into her music, and that's why we love her. Ledisi's live show is the icing on her cake. It's fitting, then, that the last song that she sung was "Bravo," because that's exactly what everyone in attendance was left saying at the end of the night. 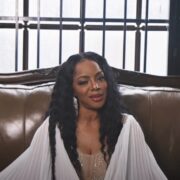