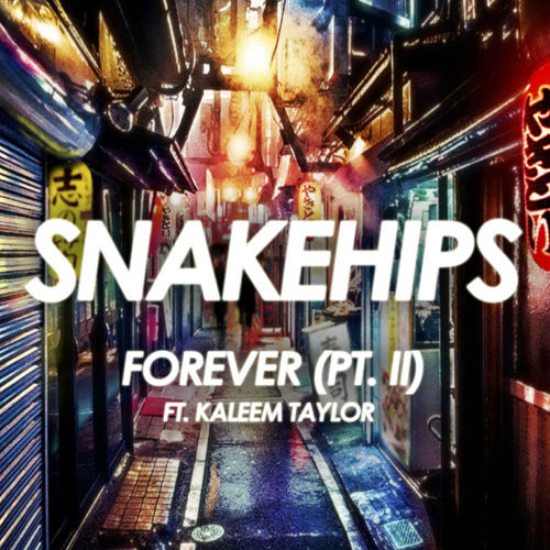 British production duo Snakehips became fast favorites ever since we heard their track "On & On" on a Mixologists mix Keyknow blessed us with back in June 2013. Since then they've gone on to release a song here, a song there and remixes galore for everyone from The Weeknd to Lion Babe. But after a long wait, Snakehips has finally pulled together a new project of original productions on Forever (Pt. II) EP, and they have us open just like the first time.

Officially released on March 10th, the four-song EP features lead single "Gone," with guest artist Syd Tha Kyd of The Internet holding down the vocals on the sexy little number. For the second single, Snakehips tapped fellow Brit Kaleem Taylor, and he sets it off lovely on the title track.

Taylor came to our attention in 2014 with his micro-EP From Me to You, and we fell hard and fast for him as well, so this combination was bound to be a winner and it is. Kaleem commands our attention with his robust vocals atop Snakehips' electronic production as he sings about a woman who has him under her spell and he is defenseless against her charms. She's got his love on lock down forever, and he ain't going nowhere.

The remaining tracks feature Bounce-Worthy songstress Sasha Keable and Daniella T.A.O.L. to round out an all-around fantastic collection of songs. Forever (Pt. II) EP may be short, but it's oh-so sweet.