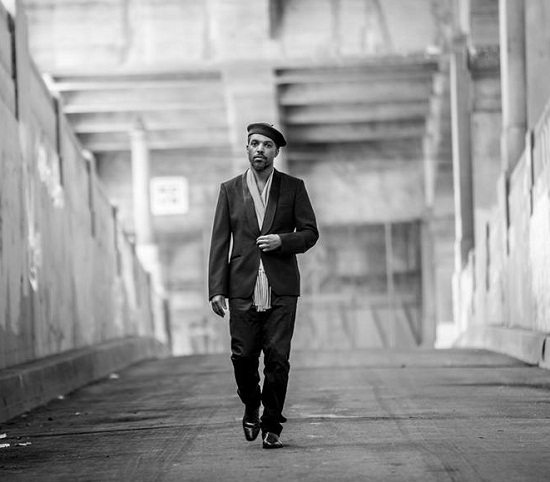 Last summer, we brought you news of rock and soul singer Van Hunt's PledgeMusic campaign for his upcoming new album. In December of last year, the singer triumphantly announced that the album was done and gave pledgers an exclusive mash up that didn't make the album. Now the project has both a name, release date and first single. Van's fifth album will be titled The Fun Rises, The Fun Sets and is set to be released on May 5th via Thirty Tigers and Van's own godless hotspot label. But hold your horses because the excitement doesn't stop there.

Along with announcing the title and release date, Van also dropped new single "Vega (stripes on)." The singer-songwriter promised that the album would be "sexy, loving and funk" and "Vega" definitely delivers that and then some. It starts off with a slick, wiggling bass line, hi-hats and playful guitar lick that leads into the verse. As usual, Van's gaze here is libidinous, as he's locked and loaded for a woman who's tickled his fancy and has him in the mood for something carnal. "What good is a good girl in my wet dreams? / I need a vessel to sail on my fantasies / How good can a good girl really be? / I'm the captain of this relationship," he sings before suggesting that the two of them simply cruise.

It sounds like Van will definitely be delivering the goods when The Fun Rises, The Fun Sets this May. Get yourself prepared by taking a listen to "Vega (stripes on)" right here, then pick up the single on iTunes and pre-order the album via PledgeMusic.


TAGS:  audio, van hunt
Previous: Ciara Keeps It Sexy For ‘I Bet’ Video Next: Alabama Shakes Bring Their ‘Fight’ To The ‘Late Show With David Letterman’