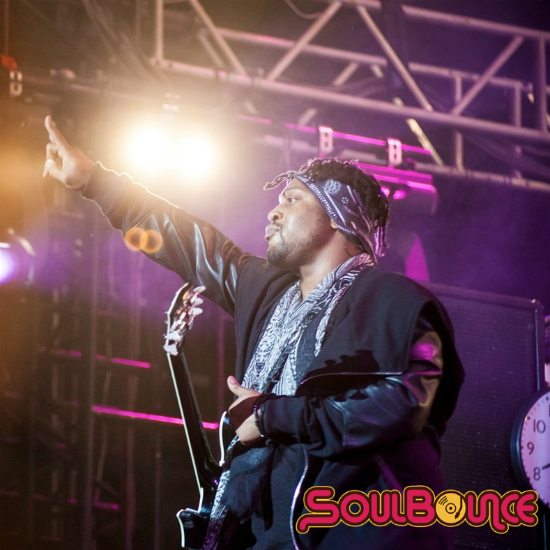 After finally releasing a third album that was clearly worth the wait, D'Angelo has kept everyone not in New York City and Europe restlessly awaiting for him to announce a full concert tour, hoping that he wouldn't again decide to slide into relative obscurity for another 15 years, again becoming the Where's Waldo? of soul music. Well, the wait is over and the rest of the United States will finally get to indulge in an epic, world class music experience on The Second Coming Tour courtesy of none other than D'Angelo and The Vanguard featuring bassist Pino Palladino, guitarists Jesse Johnson and Isaiah Sharkey, drummer Chris “Daddy” Dave, keyboardist Cleo “Pookie” Sample and vocalists Kendra Foster, Charlie “Red” Middleton and Jermain Holmes.

This tour, showcasing the highly acclaimed Black Messiah album, will have its first stop in Oakland before hitting Los Angeles, Atlanta, Dallas, Houston, Philadelphia and Washington, DC, amongst other U.S. cities. A full list of destinations on the U.S. leg of The Second Coming Tour is below. Tickets for only the Forest Hills, NY date with Gary Clark Jr. are on sale now, but stay tuned to D'Angelo's Black Messiah website for an announcement of when tickets will go on sale for the other shows and get ready to scoop them up quick, fast and in a hurry.

D'Angelo and The Vanguard The Second Coming U.S. Tour dates: