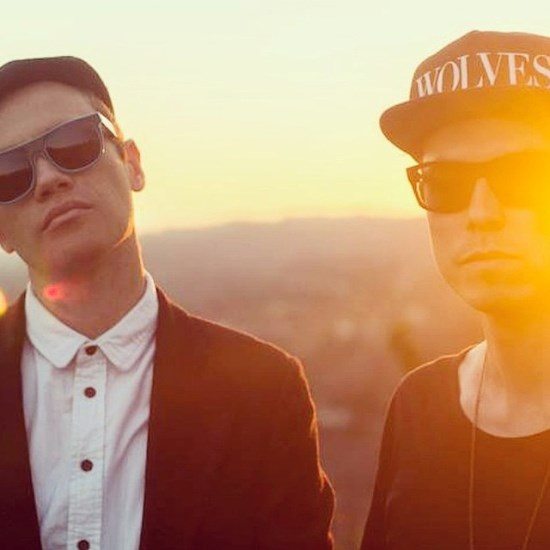 Electric Wire Hustle released their sophomore project Love Can Prevail last year, much to the aural delight of music fans worldwide. The soulful New Zealand duo delivered an album filled with thought-provoking lyrics, captivating vocals and daring musical arrangements. One of our favorite songs is the Marvin Gaye-reminiscent "Look Into The Sky." So when EWH announced their upcoming remix project with a Seven Davis, Jr. edit of the track, we were all ears.

In our opinion, the infectious original (which is essentially two songs in one) was way too short. Apparently SDJ shares that sentiment, because in addition to giving it a complete house music makeover, he extends the song by almost four minutes. If you were hoping for familiarity, you'll have to look elsewhere. But trust us, SDJ's hypnotic blend of synth and beats will keep you dancing and leave you more than satisfied.

Now, this remix alone is enough to get us excited about what EWH has in store for us this year. But they went a step further and surprised us with a brand new track as well. "Golden Ladder" hooks you right away with Taay Ninh's deep beats and celestial harp trills by fellow New Zealander, Natalia Mann. Mara TK's lament, "Can I live? Can I live? / Can I afford to give?" immediately resonates with the listener as he goes on to weave a dramatic tale against an inner-city backdrop.

Listen to both tracks below, download your free copy of "Golden Ladder" and stay tuned to the EWH website for updates on Love Can Prevail (Remixes), due out in May. European fans have the added bonus of being able to catch the duo on tour for the remainder of April (see dates below).