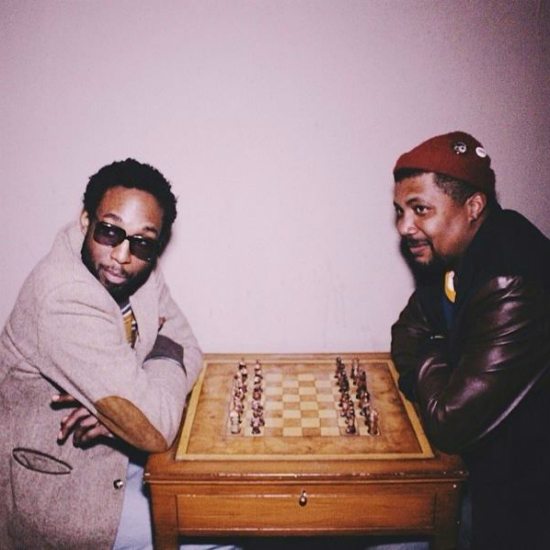 The last time we caught up St. Louis’ funky soul brothers Black Spade and Coultrain, the duo otherwise known as Hawthorne Headhunters, they were inspiring the masses with "Rebel Tonite (Strange Pigs)," discussing the injustices of Ferguson, MO. Stepping back from the woes of the world, the group has delivered a new song about getting your life entitled “Everyone Wants To Be Alive,” featuring the always awesome Ms. Joi Gilliam.

Hawthorne Headhunters take no prisoners with the opening of the song: either you’re on the dance floor or you’re not. But when the chords to the beginning of this scorcher hit, you’ll want to be in the center of it all. Produced by Tom Trago, the song calls on elements of funk, disco and soul, pretty much referencing everything in your parents' old record collection. But it works.

Listening to the song brings Cocaine 80s to mind with lyrics such as, “...with extracurriculars in my system / Everyone wants to forget who they are / Love Bizarre…” More than just an ode to pill popping, the song is truly about removing the weight of the world from your shoulders so that you can truly live. And any opportunity to hear Joi’s voice on record is a treasure. Joi and Coltraine’s voices blend perfectly on the otherworldly harmonies.

Talk about feel good music. Hawthorne Headhunters have crafted a song that doesn’t just fill up the dance floor, but lights up your soul. The song pulls at our sense of nostalgia, while also feeling at home in our hearts today. This song is definitely ready to add into heavy rotation, and will be a welcome addition to any to DJ set or party playlist.