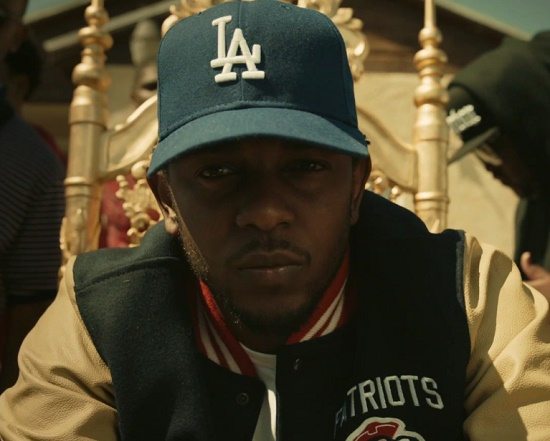 Kendrick Lamar's recently released masterpiece To Pimp a Butterfly is currently ruling over the Billboard charts for the second week in a row. To celebrate, the Compton, California native headed home to run his victory lap and celebrate with the homies for the video for the album's third single, "King Kunta."

The undeniably funky cut, which samples Mausberg's "Get Nekkid" and sounds like a long lost Parliament/Funkadelic song, finds Kendrick celebrating his success and blackness in one fell swoop. In that spirit, Kendrick hits up his old stomping grounds, cruising the streets in a Cadillac Brougham and making stops along the way, including the Compton Swap Meet and a local convenience store, and bringing the funk to the masses. While those set shots are great, though, it's when Kendrick is surrounded by crowds in the community that the clip is at its most entertaining. We get to see a glimpse into the people of Compton that we haven't perhaps seen since the rise of N.W.A. and gangsta rap in the 1990s. There are no actors and no superstar cameos (other than Kendrick himself), just real folks celebrating one of their own making good as he celebrates them.

You can check out the clip for "King Kunta" right here and, if you haven't already, pick up Kendrick's To Pimp a Butterfly, which is available now at all music retailers.