Lalah Hathaway Records Her ‘LIVE!’ Album On A Night Filled With Stars 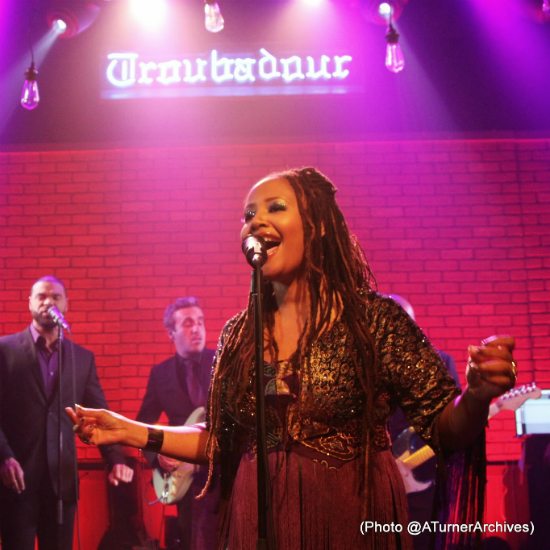 If you've ever seen Lalah Hathaway perform live, then you know firsthand that she can effortlessly sing you to the moon and back. So if you've ever wondered why on God's green earth she had yet to release a live album, well wonder no more. The sangin' diva, fresh off her amazing performance at BET's Black Girls Rock! telecast, made countless dreams come true with a live recording held at Los Angeles' Troubadour last night. As we reported earlier this month when the show was first announced, the recording's location was especially significant because it is the same place where her late father, Donny Hathaway, recorded his own 1972 classic, Donny Hathaway Live.

The entertainment world turned out in full force to show their support for this monumental event with audience members including the legendary Patti LaBelle and Anita Baker, who bore witness to Hathaway performing her own classic, "Angel." Hathaway also honored her father's legacy during the set of one-night only shows by performing such classics as "A Song for You" and "Little Ghetto Boy."

Other attendees for the evening included Erica Campbell, Kenny Lattimore, Laurieann Gibson, Deitrick Haddon, Angie Fisher and actress Yvette Nicole Brown. While cell phones and other recording devices were strictly prohibited during the recording, singer Daley managed to sneak in some Instagram pictures with the lady of the hour following her performances.

The highly-anticipated event was the result of Hathaway's recent PledgeMusic campaign that helped her successfully raise the funds to make this dream a reality. lalah hatahaway LIVE! is expected to be released sometime this fall.