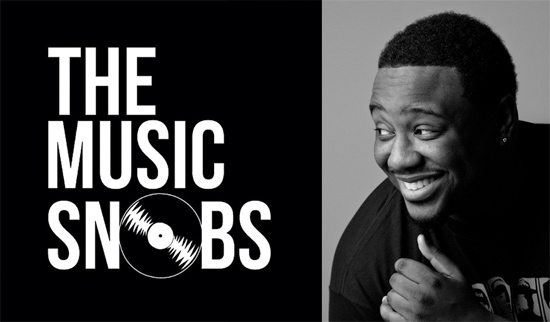 SoulBounce fave Phonte recently joined music critics Scoop Jackson, Isaac Perry, Jehan B and Arthur Turnbull aka The Music Snobs on their podcast. Who better to join the podcast to discuss and debate (read: talk s**t) about the latest music shenanigans than The Foreign Exchange front man? On this episode of the show, the fellas take on Lauryn Hill. The extensive conversation explores the artist's current reputation as a performer who gives no damns about time and plays unrecognizable songs live. Highlights include Phonte wanting to donate to 'The Miseducation College Fund' and what character Lauryn Hill would play in The Hunger Games.

Everyone throws a few hilarious jabs about Lauryn's uniqueness but between throwing a little shade and telling actual factuals, the conversation really delved deep into what artists can actually get away with in terms of creativity and how they should respect their fans. The group also asked a very important question: What if Jimmy Jam & Terry Lewis hadn’t gotten fired from The Time? They explore various scenarios including Jimmy and Terry becoming producers at Paisley Park Studios. Listen to Phonte and The Music Snobs' ridiculous but real debate on Lauryn and the "what if" question and let us know what you think. You can also download the episode and listen to more musical debates on their SoundCloud.