Rico Love, Usher & Wiz Khalifa Do Some Soul Searching On The ‘Somebody Else’ Remix 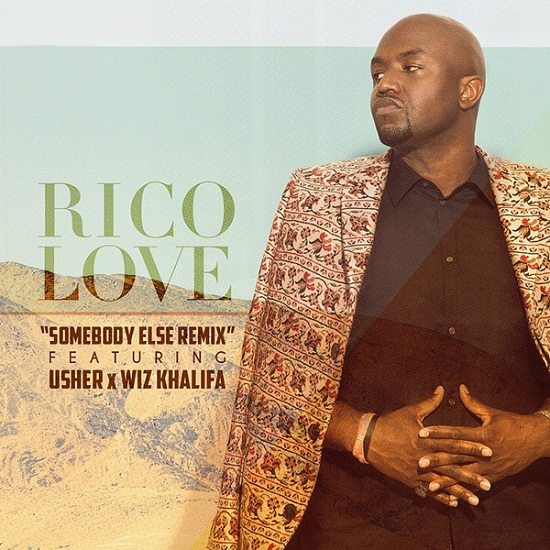 Singer and producer Rico Love is set to make his debut with his album Turn The Lights On due out on May 19th. With just under a month to go, Rico is revisiting his single "Somebody Else" along with fellow singer/songwriter Usher and rapper Wiz Khalifa, both of whom have their own experiences with the heartbreak dealt with in the song.

While the production, a somber piano line over looped drums, mostly remains unchanged, outside of "remix" being uttered every few beats, Usher and Wiz add new verses. The song, however, starts off with Rico's initial verse, which finds him lamenting a love who's moved on to the next. However, while the Rico is wishing he had his girl back in his arms, Ursh and Wiz are on some different pages. Usher sings about his relationship with his ex-wife, hoping that she, too, would move on with another instead of obsessing over what's already done. Meanwhile, Wiz is a bit more introspective after the dissolution of his marriage to Amber Rose. “I was only doing us, gave you everything, a kid, a house, and a wedding ring / And now you talkin’ ’bout how you could do better things,” he raps before pondering how he'll move on now that she's gone.

Though the remix brings nothing new musically to the equation, it does at least give us the rare instance of fellas being vulnerable on wax, which is kind of refreshing.