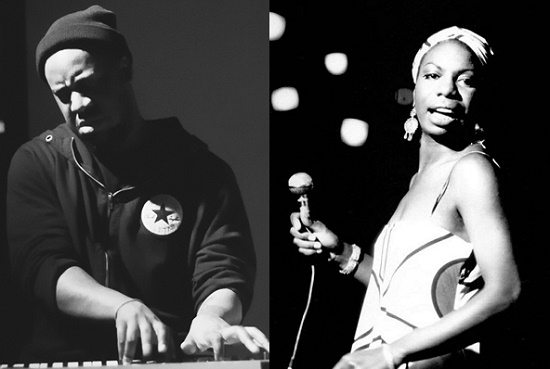 On June 26th, the Liz Garbus-directed documentary What Happened, Miss Simone? will debut on Netflix and be released in select theaters. The film focuses on the life and times of Nina Simone and will feature rare and unreleased footage and recordings of the legendary singer. While her life story will be the most important focus of the film, you can't tell it without including her extraordinary music.

Enter Robert Glasper. The musical innovator has had his hands in more than a few of the greatest musical moments of recent years, and he'll continue with the release of What Happened, Miss Simone? The GRAMMY winner has signed on to produce a companion tribute album to the film featuring an all-star roster of talent. This Sunday (April  19th), he tweeted a picture of songstress Jazmine Sullivan recording and confirmed with us that the sessions were for the project.

Hey hey @SoulBounce the last few sessions are for a Nina Simone tribute album im producing to go along with the documentary!!

As well, Glasper, who has been in a sharing mood, tweeted a picture of him and Usher in the studio over the weekend (though he didn't specify if it was for the tribute album). And back in February, Nina's daughter Lisa Simone also posted pics of her in the studio with Glasper hard at work on the album.

Of course, this news has music lovers everywhere atwitter. Not only has Glasper mastered the art of the all-star compilation album with his GRAMMY-winning Black Radio series, but he's proven that he can approach covers of popular songs by iconic artists and breathe new life into them. Add in two confirmed high-caliber performers and the possibility of many more joining in (Glasper's industry Rolodex is pretty deep, after all) and expectations for the project surely rise.

Currently, it's not clear whether the tribute album will be released at the same time as the documentary or if it will come at a later date. However, whenever it comes, it's sure to be welcomed into the record collections of many.