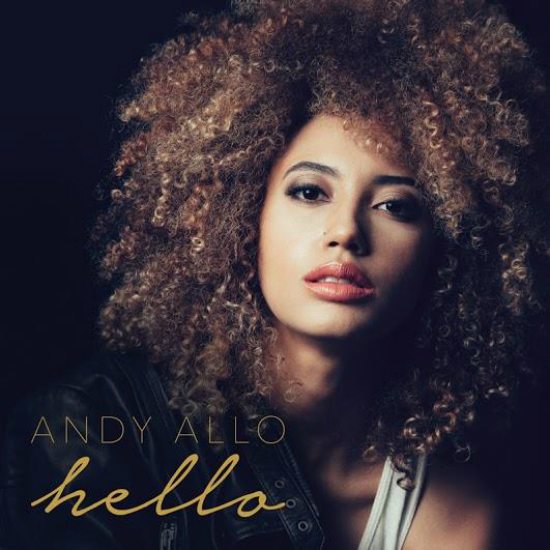 Like the planets orbit the sun, so artists have long been caught in the gravitational pull of Prince and his otherworldly influence. Andy Allo is one such artist who has felt the guiding hand and generous advice of the Minnesotan star and now follows up her breakthrough sophomore album Superconductor, with an EP named Hello.

While being associated with the purple Yoda definitely brings benefits and recognition, it is always worth remembering that for every Sheila E. there’s a Bria Valente or two to more than counterbalance expectations. Ultimately though, the thing in common with all such proteges is the fact that eventually the artist must be judged on their own merits, separate from the association with the maestro.

At five tracks long, this EP shows a distinct difference from the aforementioned game-changer. The sound here is unapologetically pop orientated and lacks both the outbreaks of the funk and the dreamy acoustic stylings that brought Superconductor to life. Which makes this new direction intriguing to say the least.

It’s no stretch to say that if Katy Perry or Kelly Clarkson got their hands on these songs, they could serve up monster pop hits. “Tongue Tied” is a jangly pop-rock love song that could be a chart hit from any of the last 20 years. Whether you think that’s a good thing or not, is entirely up to you, but what it does do is demonstrate an ability to write a catchy pop song. “Northern Lights” downbeat opening gives way to another uplifting pop chorus, ushered in on a wave of double-time claps and '80s synth lines, while the early Coldplay guitar sounds on “Don’t Ever Stay” squarely place this at the pop end of the spectrum.

Final tracks “Into the Wild” and “Fighter” demonstrate, however, the double-edged sword that this pop music wields. On the one hand they are diverting bits of positive, catchy pop-rock, but on the other they are hampered by some run-of-the-mill lyrics. The "I’m a fighter, won’t give up" sentiment of the EP's finale is a path well trodden, but the lyrics fail to rise above the predictable. This underlines the issues at hand with Hello. It has decent tunes and is performed with gusto, but the lyrics are middle of the road at best and lend it a sheen of mediocrity.

All in all it leaves you wondering who the real Andy Allo is. On this evidence it may be about what she wants to achieve. If she wants pop stardom, this collection could ease that pathway, but with a little more of the funk or acoustic delights of previous efforts she could leave a more lasting impression on listeners.