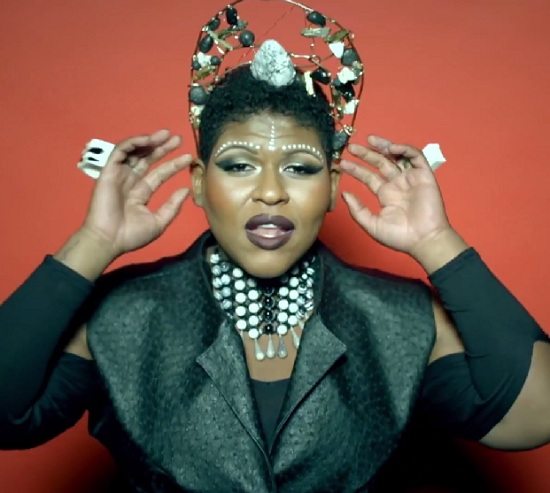 It seems that we've been waiting a short eternity for soulful singer/songwriter Stacy Barthe's debut album BEcoming, but maybe, just maybe, our wait might soon be over. Until official confirmation, though, she's given us a new video for her single "War IV Love."

The track, which was included on the BEcoming sampler, is full of booming, tribal drums that add a bit of edge underneath Stacy's enchanting, honeyed vocal as she sings, "I'd suffer war if the victory was our love." For the spellbinding clip, Stacy channels a voodoo priestess bringing two lovers together. The lovers dance, acting out moments of both strife and affection, representing the many battles and reconciliations that love brings. The color red plays a key part here, with the singer performing in front of a red backdrop and most of the clip filmed in a hazy red filter. With the color being able to represent both passion and wrath, it's a fitting choice for the visuals and heightens the emotionally-charged lyrics of the song.

BEcoming, which will be executive produced by John Legend, is set to be released sometime this spring. Hopefully something a little bit more concrete about the release date will surface in the coming weeks. Until then, we at least have an arresting visual to tide us over.


TAGS:  john legend, Stacy Barthe
Previous: Jodeci’s ‘The Past, The Present, The Future’ Tries To Get That Old Thing Back Next: Ella Eyre Shows Us Life Is So Much Better ‘Together’