The White House Goes To Church For ‘The Gospel Tradition’ Concert 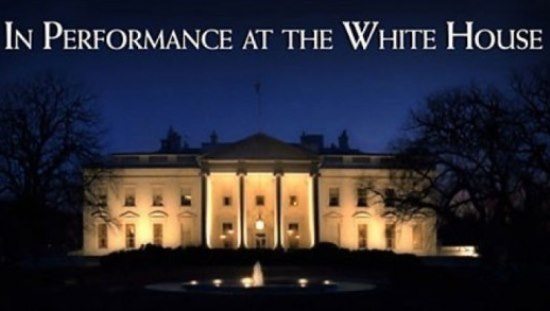 Continuing their commitment to and celebration of the arts, President Barack Obama and First Lady Michelle Obama are preparing for a hallelujah good time at 1600 Penn with The Gospel Tradition: In Performance at the White House on Tuesday, April 14th. The live concert, which aims to "honor of gospel music and its profound influence on American music," will be hosted by Good Morning America's Robin Roberts. Featured performers include Aretha Franklin (who also performed for the "Women of Soul" concert last year), Pastor Shirley Caesar, Tamela Mann, Michelle Williams, Bishop Rance Allen, Rhiannon Giddens, Darlene Love and more.

The evening concert will cap a full day of events centered around gospel music, including "The History of Gospel Music," a GRAMMY Museum produced educational workshop for over 120 students from around the country, hosted by the First Lady. For those unable to attend the workshop, downloadable curriculum and educational materials for middle and high school teachers will be available at the GRAMMY Museum and PBS websites.

The concert, including remarks by President Obama, will be streamed live online via the White House and PBS at 7 p.m. ET on Tuesday, April 14th. The broadcast premieres on Friday, June 26th at 9 p.m. ET on PBS stations nationwide, with a simulcast on TV One. In the meantime, check out past White House concert performances right here.