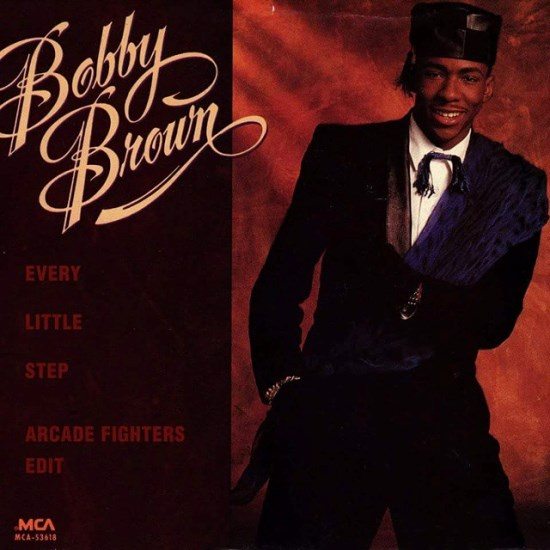 It's getting harder and harder to keep tabs on Arcade Fighters these days. In addition to their DJ'ing gigs, the Brazilian production duo of Daft Duck and Golden Kong is sought-after all over the world, creating exclusive mixes for labels like Spa In Disco (Spain), Euphoria Radio (Mexico), Nu Disco Your Disco (Germany) and Disco Unchained (India/America). So we thank our lucky stars that they still manage to find time to drop an occasional remix.

For this go-round, they've shifted their focus from a "Caribbean Queen" to a "King of R&B," with their remix of Bobby Brown's irresistible chart-topping single, "Every Little Step." No time for a warm-up here, Arcade Fighters gets our heart rate up straight outta the gate with Brown's braggadocious rap. And while they stay fairly true to the original, they keep things interesting by speeding up the song's tempo, incorporating additional drums and switching up the highs and lows. Even Bobby would be ready to dance (ya know it!) to this one. Hit the play button below, and be sure to grab your free download after you catch your breath. Then scroll down and check out Brown's original video for a refresher course in Funky Fresh Dance Moves 101.

Arcade Fighters recently signed with the Media Blackout label and promised that something awesome is coming soon. Follow them on Facebook and SoundCloud for updates and new music.

On a side note, having already remixed "Mr. Telephone Man," and now "Every Little Step," we're starting to suspect that AF are serious New Edition fans. If they continue the trend, Ralph Tresvant could be next. We can just imagine how they'd flip "Sensitivity." Then perhaps channel Ronnie DeVoe, Ricky Bell and Mike Bivins with a nu disco version of "B.B.D. (I Thought It Was Me)." They'd never be a "Fairweather Friend," so of course, they'd have to show Johnny Gill some love, too. You think they'd be down or nah?