Trey Songz Has A Treat For The Ladies During His ‘Intermission’ 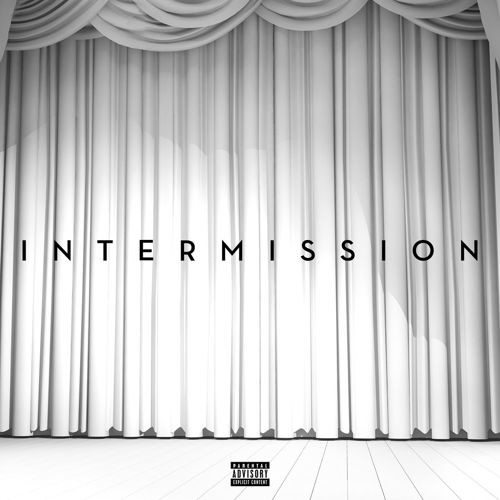 Love him or hate, two things you can never say about Trey Songz are 1) that he’s lazy and 2) that he doesn’t love the ladies. After dropping his sixth album, Trigger, last year, Mr. Steal Your Girl has decided to drop an EP before releasing his next full-length album, Tremaine, later this year. Appropriately titled, Intermission, Trigger Trey has pulled together a sexy six-song EP ready made for the bedroom.

The EP starts off with audio of Trey at one of his performances, the ladies going crazy, screaming and shouting, “I love you Trey!!!” and him giving the audience a little lip service before diving into EP. The first track, “Don’t Play,” warns the object of his affection to, “Let a n***a know if you gon’ leave or stay / Cause I got a lot of girls who’d like to take your place.” Either you’re on board with sweet loving tonight or you're not. The lyrics and mid-tempo beat will have you squirming in your seat either with delight or disdain. Next up is “Boss,” which has a similar sound to the song “All We Do” off his last LP. Trey isn't phased by a girl not loving him for who he is but for what he represents. They both know what time it is and enjoy their moment together.

On “Good Girls vs. Bad Girls” Trey faces a similar dilemma as Mary J. Blige did on “Mr. Wrong” as he laments, “Bad girls ain’t never been good to me / Good girls ain’t never been enough for me.” At the 30-second mark the song changes up, the beat dropping to a more subdued pace as Trey talks about sexing up his side piece while his main girl is at home, leaving us with the hood moral, “So you a good girl, you a bad bitch / Whichever one baby don’t you be average.”

After an affair with another woman, Trey praises his girl's patience letting him figure out what he wants out of life on "Talk About It." Meanwhile she’s on her Mario Winans and doesn't want to know what he’s up to. The EP ends with “Change,” where Trey admits his wrong doing, telling his girl that’s he’s the one that’s wrong in the relationship  and not to blame herself for his mistakes.

With a project like Intermission, you would expect Trey to give us songs that didn't quite fit in with his last album or future LP. While that might be true, the tracks on the EP are still of the same quality of his past releases. The EP would fit right at home in the middle of his last album, but it stands on its own as project with its own thematic storyline. This may not be everyone's cup of tea, but for what it's worth, Trey has finely crafted an EP that will tide his fans over until his next major release.