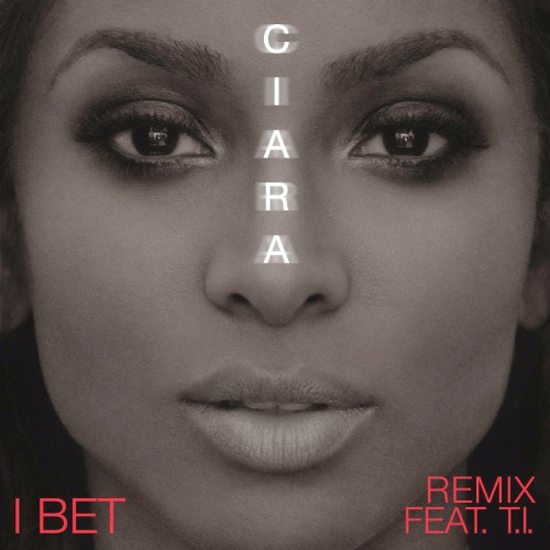 We bet you didn't think Ciara was done riding the waves of her latest track. CiCi just added a little more bounce to her single "I Bet" by enlisting the help of fellow ATL-ien T.I. The mid-tempo, feelings-laden single gets a little facelift with some extra percussion and a few radio-ready bars from the Hustle Gang rapper. Unlike the original, the single sounds like more of a celebration than a lamentation, and we're okay with that. Sure, the remix spices things up, but it also ensures the single will get added to a few more playlists.

While she's doing her best to stay on our minds, Ciara also kicks off her first tour in six years. The Jackie Tour starts in Chicago on May 3rd and makes its last stop on May 29th in Riverside, California. As if the timing couldn't be any better, Ciara's tour begins just as her upcoming album, Jackie, drops on May 4th. Speaking of her new album, it looks like we can expect the likes of Pitbull, Missy Elliott and Joe Jonas to join her on the set. While we sit here getting our bankhead bounce to Ciara and T.I.'s collaboration, you can purchase tickets to her show at Live Nation and purchase the remix to "I Bet" over at iTunes.  Check out the tracklist below.


TAGS:  audio, ciara, Joe Jonas, missy elliott, pitbull, R3hab, t.i.
Previous: Morning Soul: So Tell Me What To Do For The Love Of You Tonight Next: Nile Rodgers & CHIC Were ‘There’ To Bring Disco To ‘Jimmy Kimmel Live!’