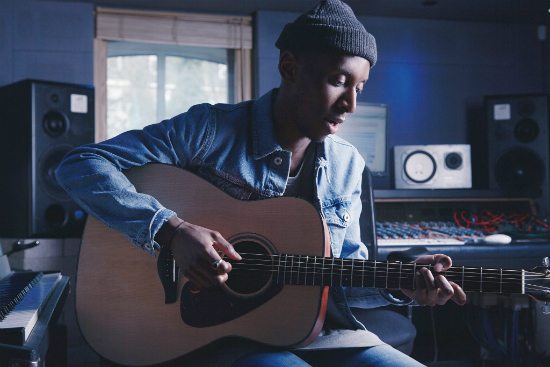 Despite the fact that he writes his own compositions, his breakout recording in 2014 was a dramatic and bold re-imagining of One Direction’s “Best Song Ever” and, boy, did he re-work it! What was a breezy pop track through and through was turned into a soul-drenched, low-key beauty, oozing style and feeling at every turn.

Original track “Only Wanna Be With You” is a freestyle musing over Fender Rhodes and sparse beats that floats delicately by like a zephyr on a summer’s day. As an improvised throwaway effort it showcases a breezy, soul-filled playfulness, that sits at odds with the pervading atmosphere of his first single proper.

This single, “Redemption,” is the clearest indication of Henshaw's bountiful talents. A stoically soulful track that drips with sounds of harmonica, handclaps and guitar all lend this a vintage feel. This is blues-inflected soul music writ large. And then there’s Samm's voice. It is easy to identify whose tones are brought to mind when he sings (John Legend and Seal at certain points in his register, for example), but there is a flexibility and adaptability to his voice that marks him out as one to watch.

It seems barely possible that such gruff vulnerability could come from a such a youthful talent, but that is the measure of Samm Henshaw. Early indications are that this viscerally voiced angel is capable of melting hearts and moving minds, so it only remains to be seen if this can be achieved with future releases. And that is the gauntlet thrown down in Samm’s direction. If he turns this early promise into lasting impressions, then great things await.