Ciara Explores Her Pop Side In ‘Jackie’ 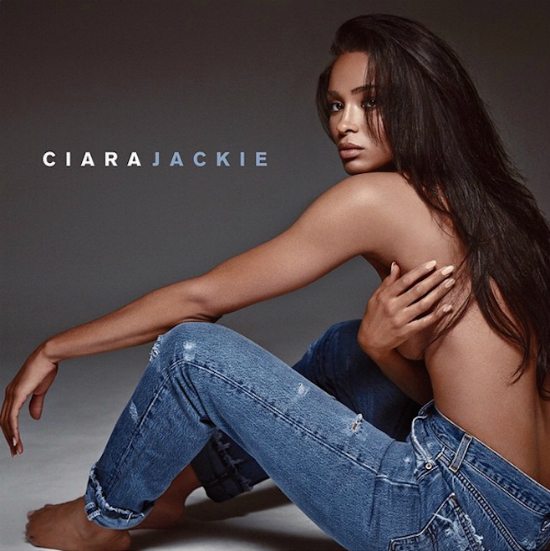 Jackie is the third LP in Ciara’s trilogy of comeback albums. While many have given up on the star, some of us are still cheering for Princess Harris to claim her crown. However, Ciara is not concerned with our wants or needs. Jackie, named in honor of the artist's mother, is a pop album with flourishes of R&B and old school hip-hop, along with a hint of that girl we met more than 10 years ago from Riverdale, GA. It’s not the sound we wanted or expected, but this is how Ciara is presenting herself as a grown-ass woman with a child, a couple of famous exes and an expensive shoe habit.

Ciara starts the album talking big s**t on the intro “Jackie (B.M.F.)” and the collaboration with Pitbull and Missy Elliott, “That’s How I’m Feeling.” However, she doesn’t back it up. The intro is the most in your face and uptempo track on the album, yet it fails to impress. And, while “That’s How I’m Feeling” has an underlying sound similar to Afrika Bambaataa's classic "Planet Rock" that Ciara has utilized through many of her tracks, it’s a bit too by the numbers and too derivative of previous songs and too ready-made for radio.

It’s when Ciara’s in the bedroom that she’s at her best. On “Lullaby,” a metaphor for her sex game, Ciara spits game to her lover. “I can be your Mayweather baby / Knock you off your feet / Cause you know that I’m the s**t / This is as good as its gon’ get.” Continuing the bedroom flow, the next song is the Dr. Luke-produced "Dance Like We’re Making Love." However, the highlight of the album has to be “Kiss & Tell.” Even corny lyrics like, “I should take a picture so it will last longer,” work in the context of the song.  When someone’s putting it down good in the bedroom you get a bit silly and all those sweet nothings we look at sarcastically start to become heartwarming. She’s on her Janet Jackson steez, even borrowing her infamous “I like that” ad-lib.

In addition to the party starters and slow jams, Ciara delivers a few tracks that cement her new pop sound, with variable success. “Fly” a song about moving on from a past relationship and discovering more about yourself, incorporating that Afrika Bambaataa sound once again, will either inspire or annoy you. "One Woman Army," a left over track from her last album, feels right at home on this project, but still isn't quite a party starter. Bonus track “All Good,” a mid-tempo jam about visiting old haunts and getting back to you, is charming but maybe not a complete winner. Finally, we have the Diane Warren ballad “I Got You,” a tribute to Ciara's son with Future.

With Jackie, Ciara has delivered a pop album that defines the woman she is today. While far from perfect, it’s not without its charms and hints of greatness. Of course, that greatness has probably haunted Ciara through most of her career, causing her to fall short of her fan's expectations. That will probably continue as long as she breathes, and she’s probably OK with that at this point.